Lagos State Government is partnering private water producers to ensure quality assurance in the generation, treatment and packaging of table water in an apparent bid to protect Lagosians against water-borne diseases.

Under the arrangement, table water producers who must be duly registered and belong to an association will have access to the state government’s mobile water laboratory for periodic testing of their water to ascertain their safety for public consumption.

Speaking at the flag-off of a nationwide campaign on water quality assurance on Friday, April 2, 2021 in Lagos, the National President, Association of Table Water Producers of Nigeria (ATWAP), Mrs. Clementina Ativie, called for the support and collaboration of all state governments in ridding the nation’s table water industry of quacks, whose activities she claimed are jeopardising the lives of the citizenry.

Mrs. Ativie stated that, via self-regulation, the association has come up with the enforcement of quality assurance among table water producers in the six geopolitical zones of the country, in a bid to eliminate sharp practices in the industry and protect Nigerians’ health.

While thanking the Lagos State Government for partnering the association and being in the forefront of the campaign on water quality assurance, Mrs. Ativie hoped that the newly acquired mobile water laboratory by the state government would go a long way in further enhancing the quality of table from ATWAP members.

She said this would be made possible as table water producers would take advantage of the mobile laboratory to periodically test their water for standards at affordable costs.

“We kicked off our campaign from Lagos State. From self-regulation, we came up with quality assurance and we thank the Lagos State Water Regulatory Commission (LASWARCO) for being in the forefront of this campaign. They have given us the enabling environment and promised to work with us.

“They have even procured laboratory with which we can direct our members to come and test their water periodically. This is necessary because for every minute you produce, you need to test the quality that is coming out. What you have today may not be what you have next three months and that is why periodic lab testing is important.

“That is a good development, and with this, it will help us. We will make sure that our members will keep testing their water from time to time and then know exactly what we are bringing out. Because the topography of water under the ground can always change from time to time, so with this, it is easy for us to get exactly what we want at a particular point and then know what type of treatment is required.”

While observing that significant progress has been made in reducing the rate of water borne diseases in the country, Mrs. Ativie noted that the biggest problem includes the activities of quacks, who continue to produce unsafe packed water at the detriment of people’s health.

She called for the support of all and sundry in the enforcement of water quality assurance, thereby making it difficult for unregistered and unfit water producers to operate anywhere in the country.

In the area of affordability, Mrs. Atevie said that urgent intervention of Federal Government was needed to enable table water producers keep making the product cheaper for the masses.

She expressed dismay that, 12 years ago, private water producers had been the ones subsidising sachets and bottled water for Nigerians, adding that it has gotten to a level that they could no longer subsidise the essential commodity.

Her words: “Water is affordable. Ninety-nine percent of water producers are subsidising the product to make sure it gets to the Nigerian populace, especially the masses. For the past 12 years, sachet water has been N10. Then we were buying raw materials for N280,000. From then, it got to N480,000, then to over N700,000, to N900,000 and presently, it is N1.6 million per ton. Yet, water is still N10. The truth is that we have been the ones subsidising for the price.

“At the point where we are, we are at the breaking point because the price of the raw materials, especially nylon for packaging the water, has gone up so high that no water producer can afford to buy it at that price and still give Nigerians the quality of water that is required, except very few of us. And that is why we are calling on the government to help us in the regulation so that we can pick the quacks out of the business and give the water industry a clean slate to operate.”

In her remarks, the Executive Secretary, LASWARCO, Mrs. Funke Adepoju, said private water producers are very critical to the economy of the state, by their role as alternative service providers in making available potable water to Lagosians.

She however warned that compliance with the prescribed quality assurance is a must for all practitioners, as the new water law by the present government would not spare any defaulter.

According to Mrs. Adepoju, who described as unacceptable that about 894,000 children still die annually due to water related diseases, selling of unfit water to residents of the state now attracts a fine of N1 million.

She said the new water law in the state was not meant to witch-hunt anyone, but to secure the lives of residents of the state, adding that government “has the obligation to protect your businesses if you do it right”.

She noted that Nigeria is regrettably ranked as the second country globally with the highest rate of stunted growth, that is directly and indirectly linked to unsafe water, underpinning that all water borne diseases are deadly.

Adepoju advised all water producers in the state to endeavour to operate under a recognised body like ATWAP so that they could benefit from any assistance from government.

The event was for stakeholders in the South West zone of the country and would be replicated for those in other zones before the end of May 2021. 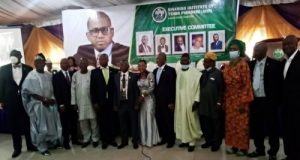 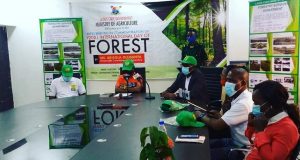 The Lagos State government on Wednesday, March 24, 2021 unveiled plans to build a Model ...