The Lagos State Government  has begun the distribution of maize and sorghum to no less than 15 feed millers, farm settlements and other stakeholders in the livestock industry in the state.

Acting Commissioner for Agriculture, Ms. Abisola Olusanya, in a statement on Sunday, June 14, 2020 in Lagos said that the measures were to  avert food scarcity in the coming years in the state.

“Also included are the Vegetable Estate, Yafm, Badagry; and Fish Farm Estates at Odogunyan, Ikorodu; and Ketu Ereyun in Epe,” she said.

She said that the small holder private livestock farmers such as the Sheep and Goat farmers, and the Lagos Chapter of the Poultry Association of Nigeria among others also benefitted.

She said that the state government did this to cushion the effects of COVID-19 pandemic on the farmers and to also boost agricultural production.

Olusanya also said that the injection of these ingredients into the feed mill industry would have a multiplier effect on the input and output of feed millers and, consequently, on food production.

She said that maize,  being the major source of energy in the feed mill industry, accounts for between 60 per cent and 70 per cent of the total ingredients used in feed formation and production.

She said that it usually determines the final cost of the finished feeds such that any fluctuation in the cost of maize in the market would also have direct effects on the finished feeds and would impact on the life line of the feed mill industry.

She added that the country’s animal feed mill sector was rather underdeveloped largely due to high production costs.

“The distribution of these ingredients to feed millers and farm settlements in the state will lead to a significant reduction in the production costs, production of quality feeds and consequently availability of quality food to Lagosians.

“Nigeria’s animal feed sector remains underdeveloped, largely due to high production costs; 70 per cent  of the operational costs of most poultry, aquaculture and other livestock operations go to feed.

“Recently, during COVID-19 lockdown, the Federal Government of Nigeria presented the Lagos State Government with consignments of maize and sorghum.”

Thus, the state government approved the distribution of 3,300 tonnes of maize and 900 tonnes of sorghum to feed millers, farm estates and settlements and other stakeholders in the animal feed industry across the state,” Olusanya said.

She said  that the distribution would help the feed millers save time and money spent on searching for quality maize, shorten production time as well as reduce wastage of ingredients during production.

“Apart from ensuring that quality and affordable feeds are  produced, this distribution will also help our feed millers and other key actors in the animal feed industry to produce feed according to the recommended standard.

“It is important to note that the overall aim here is to produce good quality feeds for our animals which will in effect help livestock and animal farmers to generate low mortalities, but  stimulate high productivity.

“It will also help them produce a high rate of return on investments, produce quality food for  Lagosians, sustain the industry’s integrity while encouraging more investors to support the animal feed industry,” Olusanya said.

She said that the distribution was coming on the heels of the empowerment of 650 farmers in the state with maize seeds for the new planting season.

She added that all those measures by the state government were to cushion the effects of COVID-19 pandemic and its threats to food security and availability in the state.

She urged  the beneficiaries to make judicious use of these inputs to improve the animal feed industry, adding that  it would go a long way in rearing healthy animals and in return produce quality food for Lagosians. 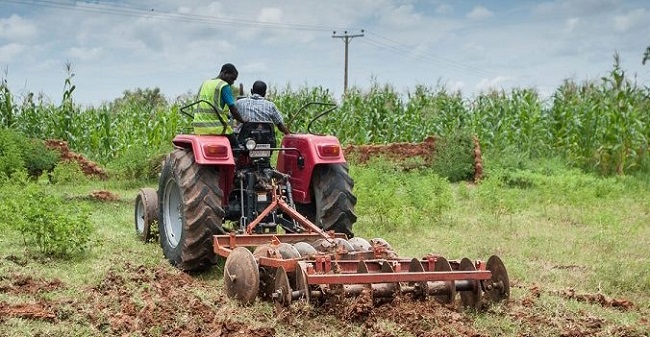 Recently, some maize farmers in Ibadan and nearby communities experienced heavy flooding of their farms, ...