The Lagos State Government on Sunday, May 17, 2020 discharged 15 more patients who recovered and tested negative to coronavirus.

Gov. Babajide Sanwo-Olu said in a statement that a total of 623 patients had so far been discharged from the state’s isolation centres.

”Good people of Lagos, 15 more COVID-19 Lagos patients; nine females and six males, all Nigerians have been discharged from our Yaba, Agidingbi and LUTH Isolation facilities to reunite with the society.

”The patients, nine from the Mainland Infectious Disease Hospital, Yaba, five from the Lagos University Teaching Hospital (LUTH) and one from Agidingbi Isolation centres were discharged having fully recovered and tested negative to COVID-19 in two consecutive readings.

”This brings to 623 the number of COVID-19 confirmed cases that have been successfully managed and discharged in Lagos,” Sanwo-Olu said.

Gov. Hope Uzodinma of Imo State on Sunday announced that three patients, who tested positive to COVID-19 in the state, had been discharged after treatment.

The governor made the announcement through a statement signed by his Chief Press Secretary,  Mr Oguwike Nwachuku, in Owerri, the state capital.

The governor said that, of the six cases undergoing treatment in the state’s Isolation Centre, two were discharged at the weekend while the index case was discharged earlier, bringing the total to three.

He explained that the three discharged cases tested negative twice in line with regulations of the Nigeria Centre for Disease Control (NCDC).

“Three COVID-19 patients have been discharged. The number of cases currently under treatment in Imo as at today is four,” the governor stated.

He, however, said  that no new cases of COVID-19 had been recorded  in the state.

He appealed to the people to abide by the directives already given by the government and the COVID-19 Taskforce in Imo on safety,  reiterating his resolve to do all within his constitutional powers to protect the lives of Imo residents.

Similarly, the Kebbi State Government says it has discharged five more COVID-19 patients, bringing the number of patients so far discharged from the Kebbi Medical Center, Kalgo to 16.

Malam Yahaya Sarki, Special Adviser to Gov. Abubakar Bagudu on Media, disclosed this in a statement in Birnin Kebbi, the state capital, on Sunday.

Sarki said the state’s Commissioner for Health, Alhaji Jaafar Mohammed, made the disclosure at a COVID-19 routine briefing in Birnin Kebbi.

The commissioner, who is also the Chairman of the State Taskforce Committee on COVID-19, said the discharged patients tested negative twice to the virus.

While commending the efforts of health personnel in the state, he also appreciated the state’s Taskforce team and other stakeholders for their resilience towards containing spread of the pandemic in the state.

“I must put it on record that the Taskforce, health team and other related officers have been working tirelessly to effectively control the spread of the pandemic,” he said. 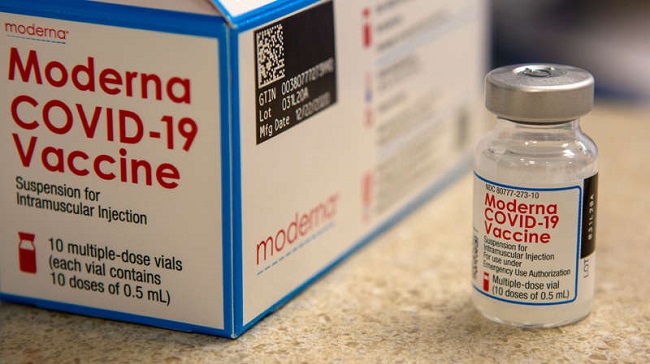 Amref Health Africa, a not-for-profit headquartered in Kenya, has launched a global campaign to end ...