The Lagos State Government on Monday, September 4, 2017 flagged off the reconstruction of a 10-lane Oshodi-International Airport Road, with a pledge to complete the project within the next 15 months. 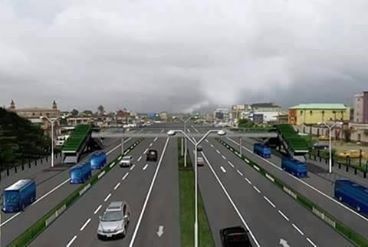 An impression of the Oshodi-International Airport Road after reconstruction

The state Commissioner for Waterfront Infrastructure Development, Adebowale Akinsanya, said at the ceremony that the project was in line with the state government’s commitment to transform the entire axis.

Mr. Akinsanya said that the state government took it upon itself to undertake the reconstruction of the road, being one of the busiest roads in the state with vehicular volumes average of 50,000 vehicles daily.

According to him, the poor state of the road is not acceptable for the status of the state as the fifth largest economy in Africa and the nation’s commercial hub.

Mr. Akinsanya said some of the fences along the corridor had been identified to be within the right of way, adding that government would minimise the impact of the project on property owners.

“To fast-track the project, three groups of workers will work on the project and they will work day and night, while upon completion, the project will be linked to the Oworonshoki Reclamation Project, which is also ongoing,” he said. 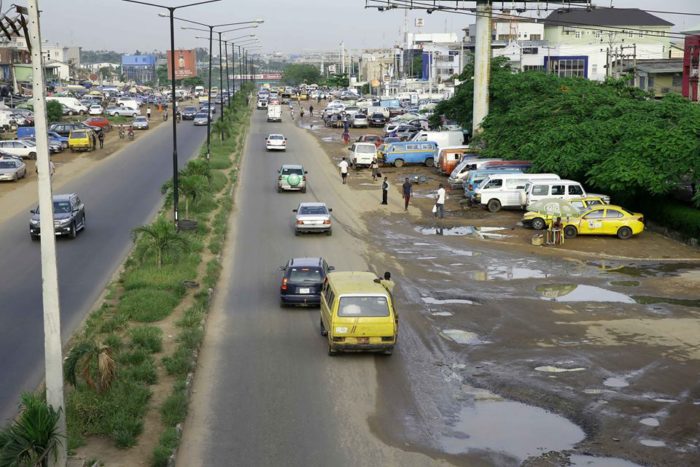 State of the Oshodi-International Airport Road prior to reconstruction

The commissioner said that a stakeholders’ meeting would hold on Thursday to sensitise people of the area about the project.

He urged the residents and motorists to cooperate with the state government while the construction would last, saying that the intention was to transform the area.

“There will be some minor inconveniences, but we are going to mitigate the impact. The work will be accelerated.

“The project is to make life easier for everybody. We just want to appeal to people to cooperate with us.

“We will be here to talk to the people in case of any issue, and we are also working with our partner, the Federal Airport Authority of Nigeria (FAAN),” Mr. Akinsanya said.

Also, Biodun Otunola, the Managing Director of Planet Projects, the firm that designed the project, said that, prior to the commencement of the construction, adequate feasibility studies were carried out.

Mr. Otunola said that the project, upon completion, would facilitate total transformation of Oshodi and International Airport corridor.

The managing director said that, in as much as there would not be alternative roads created specifically for the project, adequate measures had been put in place to educate the public on the staging that would be developed.

He said that the project would be executed in phases, while motorists would make use of other sections of the road during construction work on a particular section.