The Lagos State Ministry of Environment on Saturday, July 7, 2018 mopped up an illegal dumpsite at Coconut Area of the Apapa axis in the bid to ensure a cleaner and healthier environment. 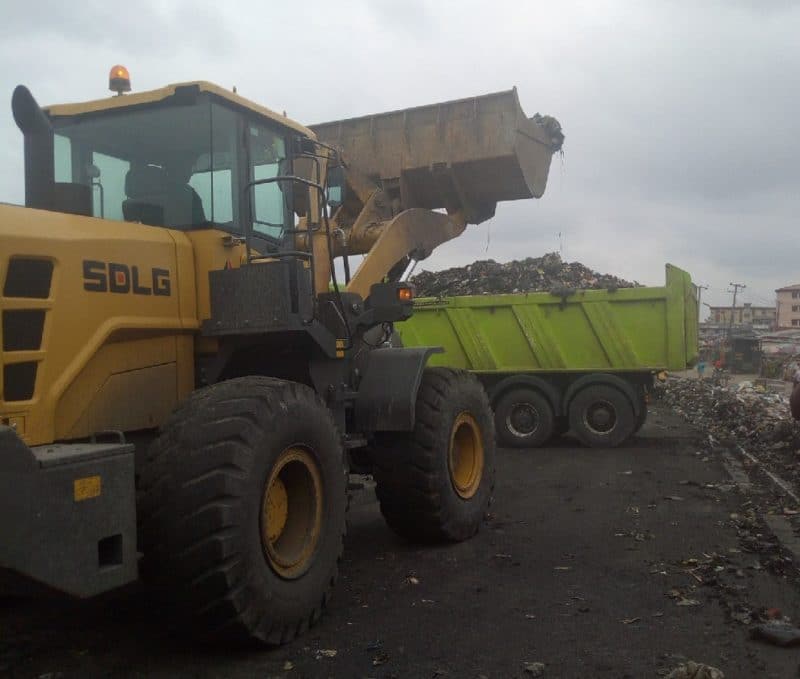 During the clean-up, the Commissioner for Environment, Mr Babatunde Durosinmi-Etti, said that the black spot had been in the area for over a year.

Durosinmi-Etti said that the mop up of refuse on the Apapa axis of Oshodi Expressway was necessary because of the hazard it posed for the residents of the environment.

He said that the mop up would last for five days, after which bins would be placed at strategic locations in the area.

According to him, the ministry is in collaboration with stakeholders to ensure a sustainable environment, after the clean-up.

“There is a proliferation of trucks in the area, which has been a major problem in Lagos State over the last one year.

“This has led to an accumulation of waste and it has constituted hazard to the communities and residents around this area.

“Virtually, what has accounted for this is the inaccessibility of the zone by refuse trucks, because of traffic caused by trucks parking along the road.

“We are also working with the Ministry of Transportation to see how there can be a traffic ingress and exit for refuse trucks coming to pick these bins.

Alhaji Abdullahi Inuwa, the State Vice Chairman of the Nigerian Association of Road Transport Owners (NARTO), said that the association was working to provide mobile toilets, to ensure that its members did not defecate in the open.

“We are very happy about the clean up because a clean environment is an access to good health. That is why we are collaborating with the Ministry of Environment on the clean-up.

“We thank the Ministry of Environment for coming to mop up the place in spite of the difficulty in accessing the road,” Inuwa said.

He said that the association had constituted a committee that would ensure the environment was kept clean.

According to him, the committee will also ensure that the ministry has access whenever it wants to come for evacuation of refuse in the area.

The Secretary of Ibafon Market, Alhaji Rafiu Oga, said that the refuse had caused havoc for them and all efforts by the market to evacuate it proved abortive.

Oga said contrary to insinuation, the market women and men were not actually the ones dumping refuse in the illegal area.

“We have given the commissioner assurance that we are going to monitor the environment because we already have a committee,” he said.