Lagos asked to clear the air on water privatisation scheme 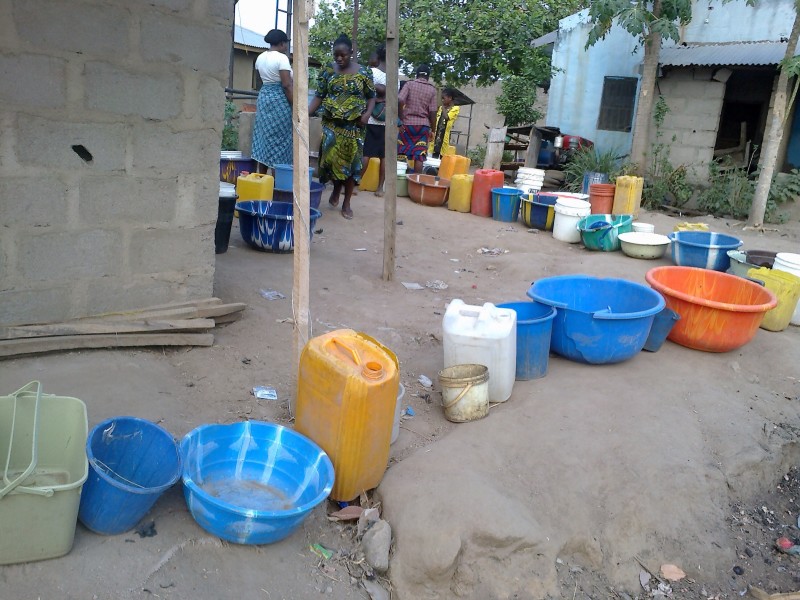 Amid water shortage in Lagos, government is believed to be favourably disposed to the idea of privatising the production of the resource

The failure of the Lagos State Government to open up on the controversial water PPP gives room for us to suspect that something is in the offing and the people are deliberately being kept in the dark.

We cannot stop demanding that the rights of Lagos citizens to a free gift of nature must not be subject to the dictates of privatisers whose only interest is profit. Worse is the fact that the Lagos government is toying with a failed model of PPP that the World Bank private arm – International Finance Corporation (IFC) advised it to embark upon even with documented failures in Manila and Nagpur, in the Philippines and India respectively.

After our water summit last year which was preceded by a rally which drew huge civil society and labour participation we had anticipated that the state government will come public with a clear action-plan that will involve the people in democratic decision taking in the water sector. Alas! This has not been the case as we have instead witnessed systematic backdoor attempt to foist the failed PPP model on the citizenry of the state.

For us it was good news that immediate past Group Managing Director of the Lagos State Water Corporation (LSWC), Shayo Holloway, was forced to resign on Friday 16 October 2015 following a strongly-worded query issued by the office of the Head of Service demanding he explain the parlous state of water infrastructure in all Lagos even after receiving huge sums in the last 16 years.

Apart from budgetary allocations, the LSWC attracted loans from the World Bank and international donor agencies to fund water supply expansion schemes such as the Iju, Adiyan, and Ishasi Waterworks, as well as expansion of distribution networks. These loans, running into billions of naira have not translated into improved water supply for residents. Over 18 million Lagos residents representing about 90 percent still lack daily access to clean and safe water, exposing citizens to water-borne diseases like cholera.

We are however surprised that, after failing to manage the expansion of water supply and infrastructure, Holloway is still advising the Lagos government to toe the PPP line which Lagosians refused to accept.

We are even more perplexed that, with allegations against Holloway during his tenure at the LSWC, the Lagos state government is yet to demand accountability of the 16 years of his stewardship. The media reported that Holloway said last week that $3.5 billion will be needed to guarantee every Lagos citizen has water.

ALSO READ:  How to make Lagos a great mega city

But our question to him is: How much did the LSWC receive throughout his 16 years as helmsman of the corporation and how did that translate to more water for Lagos residents? We are still surprised that the Lagos government has not hearkened to the call by civil society for a scrutiny of the time of Holloway as the MD of LSWC. We will not relent in asking for this.

We have also observed systematic non-release of funds meant for procurement of chemicals for water treatment by the current administration in the state. For us, this happening has become regular in the last seven months and fits into our belief that there is a grand ploy to make Lagosians believe that indeed the public sector workers cannot manage water infrastructure. The ultimate aim of the brains behind this development is to goad Lagosians into believing the solution is in private hands.

The question that should naturally follow is: What magic wand will the privatisers apply that public democratically-controlled water infrastructure managers cannot apply?

We reiterate again that a water PPP regime in Lagos will be a replication of the electricity sector privatisation, which has unleashed skyrocketing electricity bills on the citizenry without delivering improved service. If the Lagos project sails through, the average Lagosian already crushed by the huge costs of procuring water for drinking and other uses will be further levied while those who cannot pay will be cut off from a basic human right.

At this point we would have expected the state government to clear the air on the controversy surrounding the PPP advisory contract that the IFC was pressured by civil society and labour to cancel last year. But, alas, Lagosians are getting confused by the day as officials of the Lagos State Government say one thing one day and another the next day.

Late last year, in a memo to the LSWC, a copy of which we have, the Commissioner for Environment, Dr. Babatunde Adejare, said the PPP is “null and void”. At a rally organised by the Africa Women Water Hygiene and Sanitation Network (AWWASHNET) in Lagos, Permanent Secretary, Office of the Chief of Staff, Governor’s Office, Mr. Biodun Bamgboye, debunked the PPP plans, saying the governor had no plans to privatise water. That was March 17 this year.

Surprisingly, Governor Ambode was quoted as saying PPP was the way to go just two days after. We are disturbed at these conflicting statements. In all this we see a lot of so-called reorganisation at the LSWC which is evidently paving way for a PPP. These activities are carried out without due process and unknown companies are springing up to grab slices of our water resources.

Last week, precisely on April 12, US Representative Gwen Moore, a ranking member of the Monetary Policy and Trade Subcommittee of the House Financial Services Committee, tasked with oversight of the World Bank Group (WBG) sent a letter to World Bank President, Dr. Jim Yong Kim. The letter, copied new Executive Vice President and CEO of the IFC, Philippe Le Houérou and the US Treasury Secretary, Jacob Lew, lays bare the immense conflict of interest inherent in the IFC’s practices in the water sector.

Rep Moore calls for the World Bank Group, including the IFC, to cease funding and promoting water privatisation pending an independent review and congressional hearings.

To give you a bigger picture of what Moore is talking about, you might want to know that, in 1956, when the IFC was founded, it was prohibited from making equity investments. That policy changed in 1961 when the group’s Articles of Agreement were amended to allow the practice.

In the early 2000’s the IFC advised on, and facilitated a water privatisation project in Manila. The project led to two corporations running the city’s water system: Manila Water (MWC) and Maynilad.

The IFC -brokered arrangement favoured MWC, as that corporation took only 10% of the pre-existing utility’s debt (90% went to Maynilad) and assumed the service area with better existing infrastructure. The IFC then took an equity stake in MWC which raised rates by 845 percent.

When a further rate increase was blocked by the regulator, MWC responded by bringing the Manila regulator into arbitration at the International Chamber of Commerce (ICC). The ICC arbitration panel rejected MWC’s rate hike, but MWC filed another arbitration case at the Permanent Court of Arbitration in Singapore and petitioned the Philippines Ministry of Finance for financial remediation for lost profits.

As part owner of MWC, the IFC is now aligned with MWC and its aggressive campaign to protect its profits and continue to raising rates.

The failed Manila model is being promoted by the IFC as a flagship model to be emulated around the world, including in Africa, where it has led to IFC advisory contracts in Benin and Mozambique and informed a widely-opposed privatisation scheme in Lagos.

Recently, the World Bank abandoned its multi-million-dollar effort to secure a water treatment PPP in Lagos, Nigeria. This reversal came after a year of protests from civil society and labour groups, including a summit in Lagos last August to chart the course for the city’s public water management.

As stated many a time, Lagos may become the emblem of corporate water grab promoted by the World Bank through the IFC. Though Lagos has since 1979 obtained loans from several institutions and governments, the secrecy surrounding the planned privatisation of water necessitated an alarm we raised early October that the state government may have appointed the IFC to design a PPP water privatisation scheme.

Our aversion to the plan is linked to the fact that, around the world, the IFC has been in the centre of controversial water projects that entangle governments in a web of loans that are tied to various anti-people conditions.

The IFC advises governments, conducts corporate bidding processes, designs complex and lopsided water privatisation contracts, dictates arbitration terms, and is part-owner of water corporations that win the contracts it designs and recommends. In all this, it aggressively markets its model to be replicated around the world. These activities continue to undermine democratic water governance, and constitute an inherent conflict of interest within the IFC’s activities in the water sector, as seen in parts of Eastern Europe and Southeast Asia.

The World Bank in December 2015 opened up that it has withdrawn support for PPPs in Lagos and Nigeria. Quoting the Bank, it said “the PPP for the operation of the Lagos treatment works is not going to be possible under this project…. (it is) not the intention of this project to continue with it anymore.”

Going by this public announcement by the World Bank we expect the Lagos State government to now take a more pro-active step in ensuring the management of our water resources is democratically implemented. We have said it time and again that all people have a fundamental human right to water and Lagos citizens are no exception.

We are therefore demanding the following: 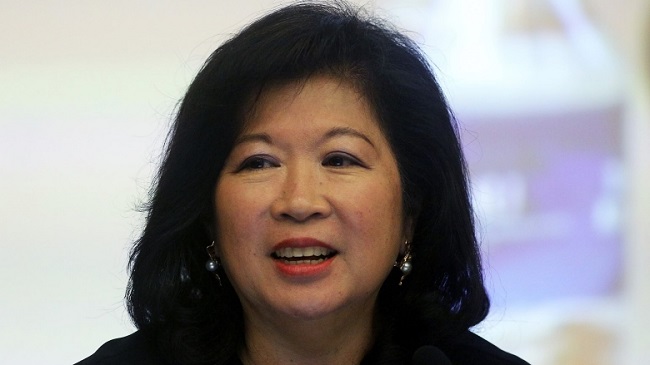