Farmers in Ilorin have called on the Kwara State Government for urgent intervention over what he described as indiscriminate bush burning in parts of the state.

The farmers, who expressed worry amidst consistent bush burning in the state, spoke in Ilorin, the state capital, on Friday, January 29, 2021.

Mr Babatunde Audu, one of the farmers, said that part of his farm was burnt few days ago without seeing traces of the perpetrators.

“I got to the farm very early around 7am but, to my surprise, part of my cassava farm had been burnt. I cried and felt bad because I don’t know who is responsible for such act,” he said.

Also, a rice farmer, Mr Ezekiel Obadare, said he was worried because most of the farms around him were burnt already.

“My mind is not settled at all since we are gradually entering the dry season. We always suffer from this bush burning crisis every dry season.

“Almost all the rice farms surrounding mine are burnt. It is not good because people don’t just care about others, they only care about themselves. We suffer a lot during dry season,” Obadare said.

Similarly, Mr Bayo Aina, a farmer, said that bush burning had caused havoc in most farms in Kwara, adding that most people just set fire to bushes the way they like.

“Our farm is not safe. We don’t know maybe it is some nonchalant hunters that are doing this to us. They feel every bush they come along is worth burning.

“I experienced the same thing in my maize farm and I almost committed suicide. It was painful,” he said.

On his part, Mr Yusuf Abdulkareem called on the government to urgently intervene and take strict actions to control the bush burning pattern in the state.

“We are not encouraged again. We are afraid during the dry season. No farmer really wants the dry season to return because we suffer heartbreaks.

“They are really frustrating us. The government should help us out and save us from this people. There is need for public sensitisation,” Abdulkareem said.

“We want a peaceful and safe environment, and we are tired of experiencing loss on farms every dry season,’’ Oloruntoba said. 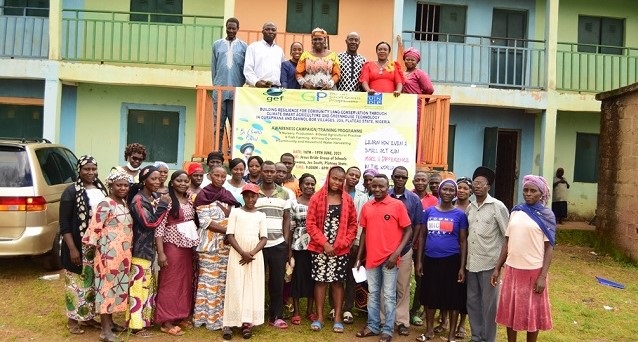 The increasing need to foster community education on the relationship between climate change and agriculture ...