Kpeyegyi: Close to power but far from safe water

Living in Kpeyegyi community, one of the several satellite communities of Abuja, is really challenging.

The community is not only close to the nation’s seat of power but lack so much – they have no good roads, potable water, health facilities and good transport system. Majority of them live in accommodation not befitting the status of people associated with a Federal Capital City like Abuja.

In Kpeyegyi, absence of a health care facility, no proper drainage and toilet systems are indices of under development in the community.

Kpeyegyi is a small settlement after Jikwoyi community in Orozo Ward of AMAC, situated along the Karshi-Orozo Road but its residents’ worse nightmare is access to safe water.

Due to the absence of pipe borne water in the area, residents are forced to drink from open hand dug wells which are unhealthy to their wellbeing.

During our visit to the community, we discovered  that other major sources of water supply in the area are local river  and water vendors (mai ruwas) who fetch water from unknown sources only to sell to residents at exorbitant rates.

In the history of Kpeyegyi, there have been many occasions when hundreds of people have died due to water borne-diseases such as cholera, which has been spreading through the community by supply of polluted water to the people by Mai Ruwas.

“The water situation in this area is extremely bad. In this community, the only source of water is well water or privately individuals that own boreholes. We do buy water from the water vendors (mai ruwas) and a rubber cost N 20; by the time you calculated five rubbers, you’re spending N100 which you can use to do some other things that are very necessary and I don’t think most people can afford it.

“The problem of water in this community is a serious one that we need the Ministry of Water Resources to come to our aid. Sometimes people fetch water from the well to cook and I would not guarantee that is hygienic or safe water for one to use in cooking or to drink, even in bathing.”

He suggested that in order to ameliorate the sufferings of residents, the government should provide boreholes in several locations in the community.

“We are really passing time in this community especially in this harmattan season, the well gets dried up and the only means of getting water is from the borehole. A lot of people go as far as the river to get water, so if government can think about it and provide us with boreholes I think it will save and lot of life,” he said.

Another resident, Mrs. Joy Aaron, a trader, was worried about the health implication  the sources of water in the area to residents relying on the sources.

“The source of water in this area is well water and rivers that emanated from the rock. It is bad because people wash, bathe and also drink from the same water. Some people also use dirty fetchers or container to fetch from the well water.

“This well water also smells a lot. Our lives are in danger because these sources of water can cause water borne diseases such as typhoid. Also, some boreholes are bad therefore are not drinkable. If you boil the water the particles that will come out of the water will not allow someone to use or drink it”.

She also appealed to the government to come to their aid by providing portable and safe water for them.

Speaking in the same vein, Thompson Ngene, a student, said: “In this area, we are lacking good drinkable water because the well water which is the source of water here is very dirty. The well water smells a lot and after using it to wash; it makes my cloths to smell.

“Everybody cannot afford to buy water from the private owned bore holes. Therefore,  I beg the government to provide portable water for us because we are suffering a lot especially the less privilege among us. Some drink from this well ignorantly inviting sicknesses,” he added.

The available sources of water remain unsafe, residents get little or no good health from drinking from these sources. When will succour comes to the people closer to the seat of Nigerian power?

By Beauty Amaike and Ayodele Samuel 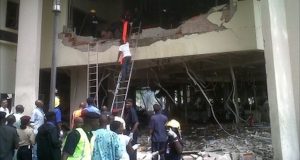 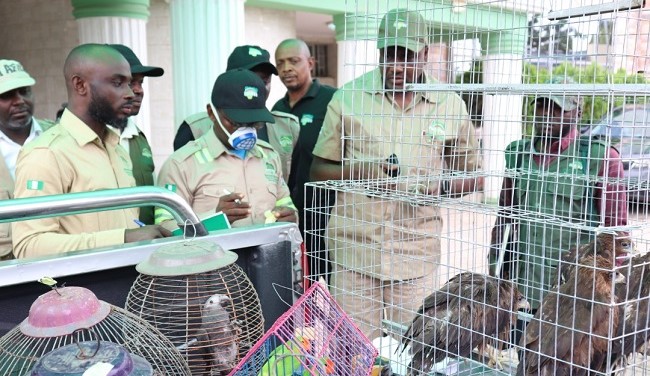