Kenya is among 15 African countries that have been commended for ratifying the Paris Agreement on climate change by representatives of over 1,000 civil society organisations (CSOs) in Africa, ahead of the Climate Change and Development in Africa (CCDA) conference in Addis Ababa, Ethiopia. 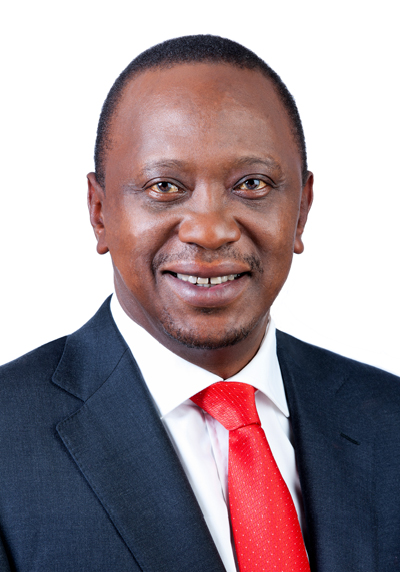 President Uhuru Kenyatta of Kenya. CSOs have hailed the nation ahead the CCDA. Photo credit: en.wikipedia

In the same vein, Kenya’s Cabinet last week approved the National Climate Change Policy Framework, which provides a roadmap for coordinated response to climate change and urban development. The framework has been submitted to Parliament for adoption.

The country is now among the 81 countries globally that have ratified the climate change agreement out of the 197 parties to the UN Framework Convention on Climate Change (UNFCCC).

Speaking at the UN conference centre in Addis Ababa, Ethiopia, James Murombedzi of the African Climate Policy Centre (ACPC) hailed Kenya for championing ambitious climate policies in the run-up to Paris and by spearheading the implementation process.

“Kenya has set an example that should be emulated by the remaining African countries to demonstrate their commitment to concrete actions. We commend Kenya’s ratification as this is important to delivering the expected results,” Murombedzi said.

Mithika Mwenda, the secretary general of Pan African Climate Justice Alliance (PACJA), said Kenya’s step now paves way for it to benefit from the money the civil society is pushing for.

“Kenya now stands to benefit from the $100 billion pledged by developed countries to developing ones and that even larger sums be leveraged from investors, banks and the private sector that can build towards the $7 trillion needed to support a world-wide transformation on climate change,” Mwenda said.

“Among the nine are restoration of forests and degraded lands, developing an additional 2,275 megawatts of geothermal energy, restoration of degraded forests, encouraging Kenyans to use improved cookstoves and liquefied petroleum gas (LPG) and agroforestry,” she said.

Others include bus rapid transit and light rail corridors, develop greenhouse gas inventory and improvement of emissions data, measuring, reporting on and monitoring forestry emissions and sinks and mainstreaming of low-carbon development options into planning processes.

“To achieve the above, government needs to undertake a programme of work to restore forests on 960,000 hectares up to 2030 including dryland forest restoration activities, developing, testing and application of compensation and benefits-sharing mechanisms and develop an additional 2,275 MW of geothermal capacity by 2030 through a support programme aimed at encouraging private sector investment,” Wakhungu said.

The country also needs to undertake a programme of work to replant forests on 240,000 hectares of land that were previously forests, increase awareness of improved cooking practices, undertaking pilot initiatives which promote the use of LPG, increasing awareness of stove quality, increasing access to soft loans, building capacity of stove producers, and improving access to testing facilities.

She said the country needs to convert 281,000 hectares of existing arable cropland and grazing land that have medium or high agricultural potential to agroforestry and implement an extensive mass transit system for greater Nairobi, based predominantly on bus rapid transit corridors complemented by a few Light Rail Transit corridors as other mitigation measures.

Others include developing a national forest inventory, forest reference scenario, and a monitoring and reporting system that allows for transparent accounting of emissions and removals in the forestry and land-use sectors.

Patricia Espinosa, Executive Secretary of UNFCCC, also congratulated countries that have ratified the agreement. “This is a truly historic moment for people everywhere. The two key thresholds needed for the Paris Climate Change Agreement to become legal reality have now been met,” she said.

She added, “The speed at which countries have made the Paris Agreement’s entry into force possible is unprecedented in recent experience of international agreements and is a powerful confirmation of the importance nations attach to combating climate change and realising the multitude of opportunities inherent in the Paris Agreement.

Under the Paris Agreement, governments are obligated to take action to achieve the temperature goals enshrined in the Agreement – keeping the average global temperature rise from pre-industrial times below 2 degrees C and pursuing efforts to limit it to 1.5 degrees.

The CCDA conference is an annual event by the Climate for Development in Africa (ClimDev-Africa) Programme and a joint initiative of the African Union Commission (AUC), the United Nations Economic Commission for Africa (ECA) and the African Development Bank (AfDB).

Africa is using the conference to forge a common ground ahead of the UN climate conference, known as COP22, in Marrakesh, Morocco next month.