Communities around Kangimi Dam in Igabi Local Government Area of Kaduna State have raised an alarm over the deteriorating state of the dam. They fear that if action is not urgently taken a disastrous failure could occur. This situation reminded me of a similar alarm that was raised by cracks on Tiga Dam in 1988, 30 years ago. In response to that alarm I wrote an article titled Before Tiga Dam Fails. It was published in The Guardian (Lagos) on February 23, 1988. Due to the fact that its import applies to the current situation I have reproduced it in full hereunder: 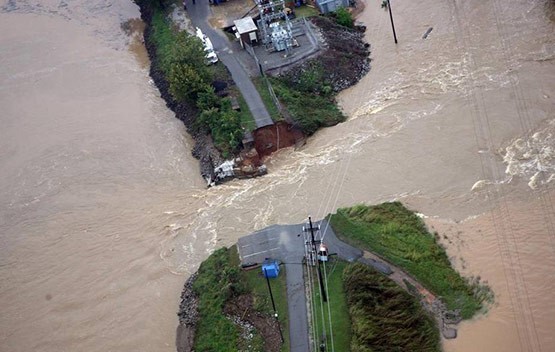 Scene of a failed dam

Disaster has not yet struck at Kano State’s Tiga Dam so there appears to be no sense of urgency in our slow crawl towards diffusing the ever-shortening fuse line. Major cracks have reportedly been evident on the embankment of Tiga Dam since late 1986 but, so far, nothing more than exploratory moves have been made towards repairing it. By all standards, we have a calamity on our hands, a smoldering keg of gunpowder, but it seems only a tragedy will make us move.

Dams have been known to collapse without notice. Our Tiga Dam has, however, kept us on notice for quite some time now. In France, for instance, Malpasset Dam collapsed in December, 1959 without warning. The ensuing flood eliminated everything in its path for a distance about 5km. indeed, at the town of Frejus, over 6.4km downstream, over 300 persons lost their lives.

The greatest dam tragedy in recent memory may, however, be the one in Italy in 1963. The Italian Vaiont Dam’s failure was triggered by a landslide from an adjoining mountain side. Over 2,000 Italians lost their lives. The Americans learnt a lesson from that disaster and quickly evacuated residents near Los Angeles’ Baldwin Hills Reservoir just before it collapsed also in 1963.

ALSO READ:  Jibril to GEF Assembly: How Nigeria is caring for the environment

Engineers have since accepted that one of the uses of structural failures is their educational value. Even where it is not a structural failure, the signals of an impending disaster may be read clear and early and people evacuated out of harm’s way promptly. When disaster strikes, relief materials and refugee camps are scant consolations. It is gratifying that the authority in-charge of the Tiga Dam acted in early 1987 (March, to be precise) in getting in experts from the USA to study the cracks in the embankment which turned out to be “both longitudinal and transverse” and may cost nothing less than N26 million to mend.

Although it is not yet clear when real action will commence in the salvaging of this Kano State’s “main source of domestic and irrigation water supply”, it is wise to mention the past performance of the invited American experts in their own country. The Bureau of Reclamation (Bruce) has been designing and building dams since the early years of this century. The Teton Dam in eastern Idaho, designed by BuRec, failed in June 1976, killing 11 persons and injuring more than 2,000 others. Property worth over N4 billion and more than 7,000 homes and businesses were destroyed.

According to the Engineering News Record (ENR) of January 13 1977, the report of the panel reviewing the failure of the Teton Dam blamed “inadequate design and field monitoring by the Bureau of Reclamation for the breach, resulting in flooding that covered 300 square miles.” The report further stated that BuRec concerned itself with “keeping water from seeping through the dam rather than taking measures to render harmless whatever water did pass.” Thus, because of inadequate drainage, the embankment’s impermeable core material was eroded, eventually allowing water to burst through the dam’s downstream face.

The final report on the Teton Dam disaster was reviewed in the February 14, 1980 issue of ENR. Although it was noted that BuRec has since taken steps to avert other tragedies, the report called into “question the integrity of the Bureau of Reclamation’s other 290 dams.” In fact, the BuRec Commissioner even said that they would commission independent consultants to review BuRec’s major new dams instead of just inviting them for specific advice as had been their practice.

Dam safety appears to be one area in which engineers do not have sufficient answers. In the United States where a programme of dam inspection has commenced, the percentage of hazardous dams increases with the number of inspections. Check this out: in 1978, 20% of the inspected dams were found to be unsafe. In 1979, this had increased to 29% and, by March 1980, the figure was 32%.

Due to varying legislations, some states in the USA place less emphasis on design and construction control. At a time, West Virginia had a staggering 74% unsafe dams. Generally, leakages have been found to be greatest culprit in dam failures in recent times. Other identified major causes include: outlet work damage, slope instability, inadequate slope protection, overtopping, deterioration and embankment deformation.

Lax dam safety programmes have been noted as a serious problem. In some countries, the affluent create lakefront properties by building small private dams. Since they would not want to submit to strenuous checks, they fight against inspection laws and weaken safety programmes. 1976 witnessed a number of earth fill dam failures not the least being Pakistan’s Bolan Dam which failed in September of that year. The dam had no spillway and thereby encouraged an unmanageable build-up of water in the reservoir. The water, sadly, did the sensible thing – it just swept over the top, destroyed the dam and swept away 26 villages.

We do not have a long history of large dams in our country and, mercifully, failures have not resulted in catastrophes yet. The greatest tragedy associated with dam building in Nigeria remains the massacre of dispossessed peasants (Bakolori, 26/4/80), who resisted uncompensated appropriation of their land. The disquieting news about the Tiga Dam should attract urgent actions to avert a disaster. We have had sufficient notice, by all standards. The reported longitudinal and transverse cracks could be due to a number of factors which our geologists, hydrologists, civil engineers and other experts should bring to the notice of the authorities to underline the urgency to avert impending tragedy.

We do not know that what the Nigerian Society of Engineers has done about dam safety measures in Nigeria so far. If they have not done much in this direction, they need no further urging.

For a dam which watered the field that yielded 19,296 tonnes of rice valued at N19 million (The Guardian, 22/1/88) last year alone, N26 million is not a staggering amount for its repair. The danger now posed to life and property should not be left unaddressed for a day longer. We have sufficient lessons to learn from other lands, we do not require a dam disaster now or at any other time. 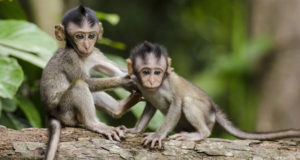