May 22, 2018 Comments Off on Kaduna warns of flash floods in five councils 725 Views

The Kaduna State Government has warned of imminent flood in five local government areas (LGAs) of the state. 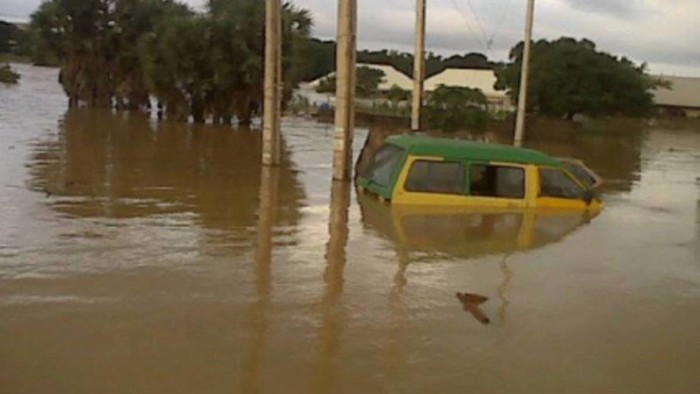 Malam Abdullahi Rigasa, the General Manager, Kaduna Environmental Protection Authority (KEPA), made this known at a news conference on 2018 flood outlook projection on Tuesday, May 22, 2018 in Kaduna, the state capital.

He listed Igabi, Kaduna North, Kaduna South, Soba and Kaura Local Government Areas as the councils to be affected.

He urged residents of the five flood-prone areas to be at alert.

Rigasa said the mandate of KEPA was to prevent the occurrence of flood and ensure that residents were well prepared for any imminent floods.

“Last year, the expectation of flood was 14 local councils but recorded in Kaduna South, North, Kaura and Chikun local government areas with no casualties.”

He advised residents of the area to take proactive measures such as clearing water channels and avoid activities that could block the free flow of water.

He further advised relevant agencies to perfect their emergency evacuation plans and activate them as quickly as possible.