Two planets, Jupiter and Saturn, will on December 21, 2020 have a “Great Conjunction’’, says Prof. Augustine Ubachukwu, a cosmologist.

According to Ubachukwu, this is coming after the year 1623.

He explained a conjunction as when planets appear incredibly close to one another in the sky because they line up with the Earth in their respective orbits.

The cosmologist said scientists in the space environment referred to the meeting of Jupiter and Saturn in the night sky as a great conjunction because it happens less often than the conjunctions of other planets.

According to him, the event is widely celebrated by scientists across the globe, being that it will take another 60 years to occur again.

“Jupiter and Saturn share almost the same celestial coordinates about once every 20 years.

“Jupiter’s quicker movement and Saturn’s slower movement bring them to the same direction in the sky as seen from Earth approximately every 20 years.

“Most often, the great conjunction is not visible to sky watchers on much of the Earth because of its location in the night sky. It occurs very close to the setting sun and hence it is drowned out by the glare of the setting sun.

“The December 21, 2020’s Great Conjunction is special since Jupiter and Saturn haven’t been this close since 1623,’’ Ubachukwu said.

Ubachukwu also said that the meeting of the two planets would appear to be a single bright star in the sky and could be witnessed with the naked eyes.

He added that the first three weeks of December, Jupiter and Saturn can be seen near the South-West horizon, an hour after sunset, slowly getting closer with each passing night.

“This rare event is special because of how bright the planets will be and how close they get to each other in the sky.’’

According to the cosmologist, viewing from Nigeria is best when close to the equator, although no matter your location, there is maybe an hour or so to observe this conjunction before the planets sink into the haze.

“From our Nigerian location between four degrees North and 14 degrees North latitude, the planets are up about 24 degrees above the South-Western horizon at twilight.

“To be successful in observing this conjunction, you will need to have a clear South-Western horizon and no low clouds in the distance.

“A difficulty with the December 21, 2020 conjunction for many observers is that its separation from the Sun is only 30 degrees, but that separation is good enough to see as the sun goes down below the horizon at dusk.

“About 24o up the South-Western horizon, you can find them by looking for Jupiter which is currently the brightest planet in the night sky right after sunset.

“Saturn will appear just east of Jupiter as a dimmer planet, it is significantly fainter than Jupiter, and will be the most difficult to see, but once you find Jupiter, Saturn will be right next to it,’’ Ubachukwu said.

He said that as long as the event and observing the sunset was clear, it would be successful to view with the naked eyes, hence no telescope would be required to see it from Nigeria.

He, however, told people interested in witnessing this event not to fright when their local weather doesn’t allow them view the event on December 21, adding that it was on-going.

“Any time from December 17, through Christmas, the two planets get closer, you will see them appear to slowly draw closer in the days just before December 21, and slowly move apart in the days after.’’

Ubachukwu, however, said that observers without a telescope may find it a challenge to resolve both planets at the peak of the conjunction and would need binoculars for clearer view.

He said the great conjunction was a rare event whereby the last closeness was in the year 1653, and the planets won’t match that proximity again until March 15, 2080.

According to him, one will have to stay alive for another 60 years to see it again.

Previous: Cyclone Yasa leaves trail of destruction in parts of Fiji
Next: EU to fund conservation project in Mauritius 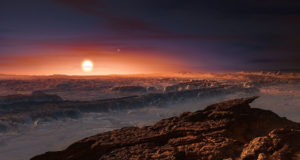 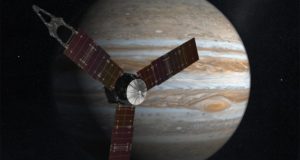 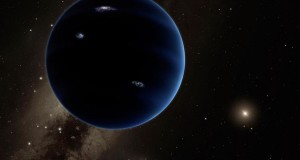