Africa’s overall elephant population has seen the worst declines in 25 years, mainly due to poaching over the past 10 years – according to IUCN’s African Elephant Status Report launched on Sunday at the 17th meeting of the Conference of the Parties to CITES, taking place in Johannesburg, South Africa. 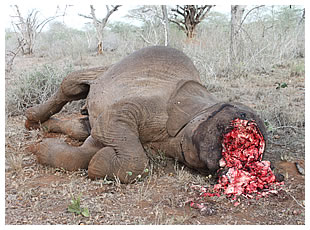 The report is said to be an authoritative source of knowledge about the numbers and distribution of African elephant populations across their 37 range states in sub-Saharan Africa.

It presents more than 275 new or updated estimates for individual elephant populations across Africa, with over 180 of these arising from systematic surveys. The report summarises – for the first time in almost a decade – elephant numbers at the continental, regional and national levels, and examines changes in population estimates at the site level.

Based on population estimates from a wide range of sources – including aerial surveys and elephant dung counts – the estimates for 2015 are 93,000 lower than in 2006. However, this figure includes 18,000 from previously uncounted populations. Therefore, the real decline from estimates is considered to be closer to 111,000. The continental total is now thought to be about 415,000 elephants, although there may be an additional 117,000 to 135,000 elephants in areas not systematically surveyed.

The surge in poaching for ivory that began approximately a decade ago – the worst that Africa has experienced since the 1970s and 1980s – has been the main driver of the decline, while habitat loss poses an increasingly serious, long-term threat to the species, according to the report.

“These new numbers reveal the truly alarming plight of the majestic elephant – one of the world’s most intelligent animals and the largest terrestrial mammal alive today,” says IUCN Director General Inger Andersen. “It is shocking but not surprising that poaching has taken such a dramatic toll on this iconic species. This report provides further scientific evidence of the need to scale up efforts to combat poaching. Nevertheless, these efforts must not detract from addressing other major and increasingly devastating threats such as habitat loss.”

Eastern Africa – the region most affected by poaching – has experienced an almost 50% elephant population reduction, largely attributed to an over 60% decline in Tanzania’s elephant population. Although some sites have recorded declines, elephant numbers have been stable or increasing since 2006 in Uganda, Kenya, and Rwanda, and range expansion has been reported in Kenya.

While poaching has not had the same impact in Southern Africa as in other areas, the region is now also facing the emergence of a growing poaching threat. Population declines have been observed in Mozambique and some areas in Zimbabwe, while major populations in Namibia, South Africa and Zimbabwe are stable or increasing, and there is evidence of elephant range expansion in Botswana. There is still uncertainty about the size of the elephant population in the KAZA trans-frontier conservation area – the single largest population on the continent – and it remains critical to undertake a coordinated survey of this population.

“This is the first time since 2006 that we have produced an African elephant status report with a continent-wide update and analysis of elephant numbers and distribution,” says Holly Dublin, Chair of the IUCN Species Survival Commission’s African Elephant Specialist Group (AfESG) who led the preparation of the report. “This report highlights how important it is to regularly monitor, assess and analyse the status of the African elephant. Understanding population numbers and their distribution is crucial in order to recognise threats faced by the species, target conservation actions and assess their effectiveness. This has been possible thanks to the IUCN African Elephant Specialist Group’s incredible network of experts and partners.”

Estimates for savanna populations across the continent have improved in both reliability and coverage and many forest populations in Central Africa have been surveyed for the first time. 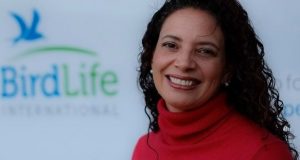