The Ghana-based Vice-Chair of the Bureau of the Intergovernmental Science-Policy Platform on Biodiversity and Ecosystem Services (IPBES), Prof. Alfred Oteng-Yeboah, has welcomed the coming into force of the Nagoya-Kuala Lumpur Supplementary Protocol on Liability and Redress to the Cartagena Protocol on Biosafety. 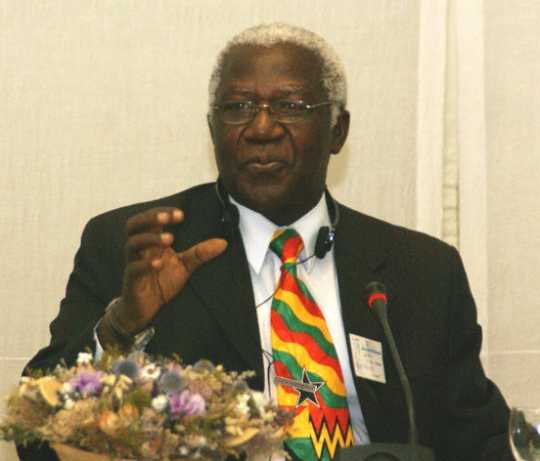 He said “the coming into force of the Supplementary Protocol on Monday, March 5, 2018, marks an important development in the biosafety process, as it provides an omnibus legal instrument that can be domesticated for regulating the use of LMOs in countries…”

LMOs are obtained through the process of modern biotechnology and used in the fields of medicine and agriculture.

Prof. Oteng-Yeboah, who is also a retired professor at the Department of Plant and Environmental Biology, University of Ghana, Legon, was speaking in an interview on the legal importance of the Supplementary Protocol.

Its development and essence can be traced to the Convention on Biological Diversity (CBD), which is “an international treaty for the conservation of biodiversity, the sustainable use of the components of biodiversity and the equitable sharing of the benefits derived from the use of genetic resources.”

The CBD was one of the major outcomes of the 1992 UN Conference on Environment and Development, also referred to as the “Rio Earth Summit.” It came into force in 1993. Article 19 of the CBD is on the handling of biotechnology and it includes the provision “to create a protocol setting out the safe transfer, handling and use of any LMOs resulting from biotechnology where required.”

Consequently, the Cartagena Protocol on Biosafety to the Convention on Biological Diversity was established as a supplement to the CBD to “…contribute to the conservation and sustainable use of biodiversity by providing international rules and procedures in the field of liability and redress relating to LMOs.”

ALSO READ:  Germany to use legal options to end use of glyphosate

The Cartagena Protocol promotes biosafety by establishing rules and procedures for the safe transfer, handling, and use of LMOs, with specific focus on transboundary movements of LMOs. It was adopted in 2000 and entered into force in 2003, with applicability to terrestrial, aquatic and marine environments and the transit of LMOs by air and sea.

According to the CBD Secretariat, the Supplementary Protocol “is a groundbreaking international treaty, requiring that response measures are taken in the event of damage resulting from living modified organisms or where there is sufficient likelihood that damage will result if timely response measures are not taken.”

On its legal efficacy, Prof. Oteng Yaboah stated: “the Supplementary Protocol has all the necessary articles for compensation and serves as a regulatory mechanism that we can fall on.” He explained that “its provisions becomes part of the legal system of a country that has ratified it or acceded to it.”

He said in situations where a country did not ratify or has not yet acceded, such as in the case of Ghana, “the laws of the country especially the Biosafety Act and the institutional framework including the establishment of the National Biosafety Authority, provide sufficient legal backing for redress in case of damage.”

Prof. Oteng Yeboah was however quick to point out that “a country that has ratified or later accedes to the Supplementary Protocol has the added advantage of an extended legal reinforcement to seek redress and compensation in instances of damage.”

The Executive Secretary of the National Biosafety Authority (NBA), Eric Okoree affirmed that Ghana was yet to accede to the Supplementary Protocol. He explained that the process entailed the sector Ministry and in this case – the Ministry of Environment, Science, Technology and Innovation – consulting key stakeholders for comments and input into the Memo that will be sent to Cabinet.

Subsequently, the Sector Minister will write a Cabinet Memo to seek Cabinet’s approval for the country’s accession to the instrument since it has already entered into force. The Memo will among other things state those stakeholders consulted.

If Cabinet gives its approval, the Minister will forward it to the Attorney General’s office for the contents to be crossed checked to ensure that provisions do not conflict with any of the laws of the country. From there, the Sector Minister will send a Parliamentary Memo to the House, urging it to accede to the instrument. Once Parliament passes it, the Sector Minister will forward it to the Ministry of Foreign Affairs, which has responsibility to prepare the instrument of accession and submit to the United Nations Secretariat in New York.

The Supplementary Protocol provides that States must ensure that operators take response measures in the event of damage resulting from LMOs, which find their origin in a transboundary movement. Such measures must also be taken where there is a sufficient likelihood that damage will result if timely response measures are not taken.

Response measures are any reasonable actions to prevent, minimize, contain, mitigate or otherwise avoid damage or measures to restore biological diversity. The Supplementary Protocol defines damage as adverse effect on the conservation and sustainable use of biological diversity that is measurable or otherwise observable and significant, taking also into account risks to human health.

The Supplementary Protocol is seen as the first global and comprehensive agreement providing for regulatory liability and a definition of damage to biological diversity.

In a paper on “the Legal Significance of the Nagoya-Kuala Lumpur Supplementary Protocol:  The Result of a Paradigm Evolution,” René Lefeber of the University of Amsterdam notes that “…by adhering to and implementing the Supplementary Protocol, states give effect, at the international and national level, to the principle that the polluter must pay for the injurious consequences of activities under their jurisdiction or control that create a significant risk of significant damage.”

Additionally, it places the responsibility for the implementation of response measures on the importing state.

The Executive Secretary of the CBD, Dr. Cristiana Paşca Palmer, has also welcomed the entry into force of the Supplementary Protocol. She said its coming into force, “is a major milestone in the 25 years of the Biodiversity Convention, 15 years of the Cartagena Protocol on Biosafety and represents a major step towards achieving the objectives of the Strategic Plan for the Biosafety Protocol.”

She urged all Parties to the Cartagena Biosafety Protocol yet to ratify the Supplementary Protocol to do so as soon as possible.

The Government of Japan, through the Japan Biodiversity Fund, is assisting the CBD Secretariat to organise activities to support Parties in implementing the Supplementary Protocol at the national level.