In the spirit of the 2018 International Women’s Day, Unique Women in Agriculture Initiative Cluster (UWIACI), has pressed for progress in women and agricultural issues in Nigeria. 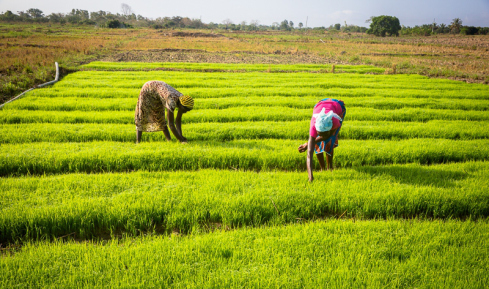 Bridget Okonofua, president, Unique Women in Agriculture Initiative (UWAI) and the brain behind UWIACI, said one key area Nigerians need to press for progress is in agriculture as it concerns women.

All over the world, March 8 is a date that unites millions of women celebrating one another’s achievement and calling for greater equality in every area of life.

According to her, the push for gender equality has gained steam in recent months, following a series of revelations about abuse and gender inequality in several sectors of the society.

The Federal Ministry of Agriculture and Rural Development says women account for 75 per cent of the farming population in Nigeria, working as farm managers and suppliers of labour.

For Okonofua, though women constitute a large portion of the farming population, their possibilities in agriculture are hindered by formal and traditional rules.

She said: “They have low access to funding, land – women produce 80 per cent of crops but own about one per cent of land, technological advancement and market opportunities. They are usually classified as high risk projects when applying for loan facilities; they are therefore rarely connected with agricultural export crops, transportation and large-scale or commercial farm production, but are usually involved in small-scale farming and processing jobs.

“From a growth as well as equity perspective, such gender inequalities are problematic as they lower well-being and are forms of injustice in most conceptions of equity and justice.”

Okonofua has formed a cluster, in which women come together to invest, get trained and take up seemingly difficult tasks with a collaborative effort.

Less than a year in existence, membership of the group has skyrocketed to over 200.

“We have collaborated to embark on piggery, watermelon and cassava cultivation projects, sponsored farmlands for farming and trained over 50 women in agricultural waste management and hydroponics.

“The theme for this year’s International Women’s Day, “Press for Progress”, is a call to seek advancement in every area where this inequality is prevalent. We are committed to doing our part in the area of women and agriculture,” she added.