International Day of the Girl: Over 20,000 girls married illegally every day

Globally, more than 20,000 girls are married every day below the minimum age permitted by national law, according to new research from Save the Children and the World Bank, marking the International Day of the Girl. 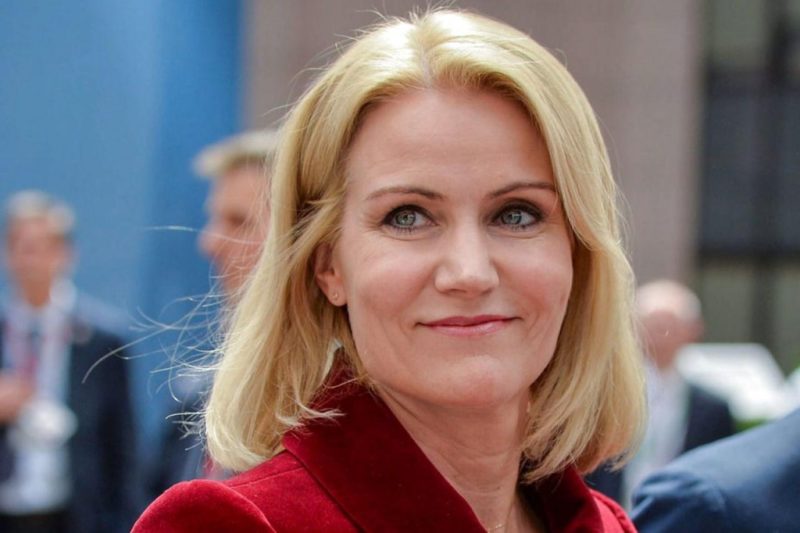 Helle Thorning-Schmidt, CEO of Save the Children International

A growing number of countries are raising the legal age of marriage or eliminating exceptions under the law that allow early marriage with parental consent or court consent. However, implementing such laws is challenging.

More than two thirds of all child marriages are still taking place below the minimum age permitted by national law, showing the difficulty in ending the practice.

While some of these marriages are informal as opposed to formal unions, most would likely still be illegal under the law. Weak enforcement and a disconnect between national, customary, and religious laws are part of the issue. Deep-rooted traditions and beliefs mean that traditional leaders in communities still too often support the practice.

Helle Thorning-Schmidt, CEO of Save the Children International, said: “We will not see a world where girls and boys have the same opportunities to succeed in life until we eradicate child marriage. When a girl gets married too young, her role as a wife and a mother takes over. She is more likely to leave school; she may become pregnant and suffer abuse.

“Laws banning the practice are an important first step. But millions of vulnerable girls will continue to be at risk unless child marriage is tackled head on. We need to change attitudes in communities so that we can end this harmful practice once and for all.

“The longer a girl stays in education, the more likely it is that she grows up healthy, secures a livelihood and has healthy and educated children of her own.”

The findings come ahead of an African-led conference on ending child marriage to take place in Senegal later this month. The West and Central Africa High Level Meeting on Ending Child Marriage (October 23-25) will see government leaders, traditional, religious and other influential leaders, child rights organisations, youth, and UN agencies, come together to discuss solutions to end this harmful practice.

West and Central Africa is home to many of the countries with the highest rates of child marriage globally. In this region alone, 1.7 million child marriages are taking place below the national minimum age every year—one of the highest proportions globally. Some countries in the region are also affected by high rates of teenage pregnancy outside of formal marriages, too often a result of gender-based violence or exploitative relationships—which generally go unpunished.

Fatmata, 16, from Sierra Leone, was married last year. “I was 15 years old when I met my husband. Right now, I’m not very happy because I didn’t have the chance to do what I wanted to do in life and now I’m pregnant,” she laments

The analysis by Save the Children and the World Bank is calling for urgent action to tackle child marriage at both the national and international levels. Legal reform to set the minimum age for marriage at a minimum of 18 and eliminating exceptions are needed. But, in addition, national strategies with well-designed targeted interventions are also needed, especially to enable girls to remain in school as a viable alternative to marriage.

At the World Bank the study is part of a work programme that benefits from support from the Children’s Investment Fund Foundation and the Global partnership for Education, Data on the legal age of marriage are from the Women Business and the Law initiative.

A recent study conducted by Save the Children UK reveals that child marriage is both the cause and a result of poor education outcome in Nigeria. (Nigeria Girls’ Education Research, 2017) In Nigeria, over 10.5 million children are out of school, the highest number globally. Nearly 6.3 million of this number are girls. Furthermore, Violence against Children in Nigeria Survey (VACS, 2015) reports that one in every five girls in Nigeria has experienced sexual violence and a third of this number are between age 14 and 15.

In Nigeria, child marriage negatively impacts girls’ education outcomes as they are at increased risk of pregnancy and drop-out. This leads to a recurring cycle of illiteracy, poverty, lack of economic opportunity and entrenched gender gaps.

Therefore, says the organisation, there should be a renewed commitment and immediate action to ensure the right of every girl for education is respected, protected and fulfilled; and national and state level investment on education is increased with an aim to improve the quality and accessibility of an affordable primary and secondary education, including increasing number of female teachers, reinforcing teachers’ code of conduct, improving accessibility of text books and ensuring that the teaching-learning environment is safe and free from all forms of violence against the girl child.