Initiative to curb deforestation in Ghana’s cocoa industry on course

February 25, 2018 Comments Off on Initiative to curb deforestation in Ghana’s cocoa industry on course 892 Views

Since formalised global action on forestry development began some 91 years ago,  when the first World Forestry Congress was organised by the UN Food and Agriculture Organsiation (FAO) in Rome in 1926, international efforts to address associated problems has been gaining momentum. 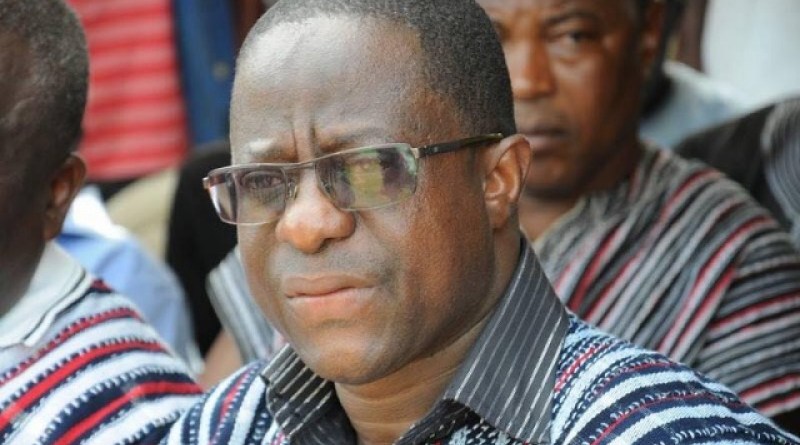 And the launch in December 2012 at the UN Climate Conference or COP 18 in Doha, Qatar, of the global movement to restore 150 million hectares of degraded and deforested land by 2020, known as the “Bonn Challenge,”  catapult international afforestation efforts.

Since that time, various initiatives launched such as the New York Declaration on Forests, the Paris Climate Agreement, and the Sustainable Development Goals, are also seeking to address aspects of the associated issues. And one common trend running through all of these recent initiatives is the goal for countries to mitigate and or adapt to climate change.

It is worthy of note that the 23rd UN Climate Change Conference or “COP 23,” which took place in November 2017 in Bonn, Germany, witnessed the initialing of similar initiatives. Of particular interest was the “Joint Framework Action Ghana,” signed between the Government of Ghana and the World Cocoa Foundation, under the auspices of the Cocoa and Forests Initiative.

The Minister of Lands and Natural Resources, John Peter Amewu, signed on behalf of the Government and the Chairman of the World Cocoa Foundation (WFC), Barry Parkin, signed for his organisation.

The Framework underpins a commitment by the Government of Ghana and the World Cocoa Foundation to stop deforestation and restore forest cover through cocoa cultivation. “We, the Government of Ghana – through the Minister of Land & Natural Resources – and undersigned companies, commit to work together to end deforestation and promote forest protection and restoration in the cocoa supply chain in Ghana through this Joint Framework for Action,” says the Joint Framework Action Ghana document.

According to the document, it was developed through a multi-stakeholder process involving government, private sector, farmers and farmers’ organisations, national and international civil society organisations, development partners, and other stakeholders in Ghana and at the global level.

Indeed, one very important personality who has been a backbone to this development is His Royal Highness, Prince Charles of Wales. Among other things, he hosted the High Level Meeting on Cocoa and Forests on March 16th, 2016, during which a Collective Statement of Intent to end deforestation and forest degradation in the cocoa supply chain, with an initial focus on Côte d’Ivoire and Ghana, was signed.

Jointly organised by the World Cocoa Foundation (WCF), the Sustainable Trade Initiative (IDH) and Prince Charles’ International Sustainability Unit (ISU), was the first of its kind covering the global cocoa supply chain. The partners made various commitments including making significant investments in programmes to improve cocoa productivity for smallholder farmers working in the cocoa supply chain.

The agreement charged the participating companies to present a joint public-private framework of action to address deforestation at COP 23.  Thus, the signing of the Framework on Thursday, November 16, 2017 at COP 23 was historic, timely and specific – targeting the cocoa industry of the agricultural sector.

The Framework is structured around three main themes. These are forest protection and restoration, covering conservation and rehabilitation of National Parks, Wildlife Sanctuaries, Wildlife Resource Reserves, Forest Reserves, and unprotected off-reserve forest lands. The actions identified under this theme include a commitment by the parties to disallow further conversion of any forest land for cocoa production and to stop the production and sourcing of cocoa from National Parks, Wildlife Sanctuaries, and Wildlife Resource Reserves, except from farms with existing legal status, as of January 1, 2018.

The second theme is sustainable production and farmers’ livelihood, which aims to intensify and diversify production in order to increase farmers’ yields and income as well as to reduce pressure on forests. This theme is being pursued based on the recognition that intensifying sustainable agriculture in environmentally suitable areas and increased farmer income are essential pre-requisites for reducing pressure for agricultural encroachment into forests, and strengthening the resilience of cocoa farming to climate change.

Another action is to intensify establishment of shaded cocoa landscapes in line with the Ghana Cocoa Forest REDD+ Programme (GCFRP), to promote Climate Smart Cocoa and sustainable livelihoods and income diversification for cocoa farmers.

Additionally, government is to prepare operational guidelines covering resettlement and livelihood restoration of any affected parties by June 30, 2018, with relevant input from private sector, civil society organisations, and other stakeholders, in line with global standards.

The third theme is community engagement and social inclusion. This focuses on engaging civil society and community engagement to establish the required social safeguards to protect farmers and local communities. The actions identified are information sharing, consultation, and informed participation of cocoa farmers and their communities who are affected by proposed land-use changes under the Framework; and to promote community-based management models for forest protection and restoration.

With regards these proposed actions, a cross section of civil society organisations (CSOs), have begun voicing their concerns over the idea of intensified cocoa cultivation. Members of Forest Watch have questioned “in whose interest such a measure will be.” This was at their 2018 Annual General Meeting held from the 7th to the 9th of February, 2018 at Larteh, Akwapem, in the Eastern Region, during which members discussed the issue.

They were of the view that such an action was tilted towards industry’s interest and prices set will favour industry and not farmers. They also felt the need to closely follow the issue of resettlement, as it might involve human rights abuses and implications.

However, officials in the formal forestry sector have hailed the Framework, its action plans and subsequent developments towards implementation, as a positive move.

This is because, studies over the years, have established that of all the factors driving deforestation in Ghana, agriculture is prime with cocoa cultivation being the leading cause of forest conversion in the high forest zone.

One such study titled, “A Rapid Assessment of Forest Degradation in Ghana,” was carried out by the Nature and Development Foundation on behalf of ClientEarth, a group of environmental lawyers.

The findings of this study established the need for a strategic and well-coordinated approach to addressing this delicate driver of deforestation. Cocoa cultivation is lucrative for farmers and one of the leading avenue of revenue generation for the country. The industry is powerfully situated in the national economy and so over the years, due attention was not given to the problem of encroachment into forest reserves to expand cocoa farms.

The Technical Director in-charge of Forestry at the Ministry Lands and Natural Resources, Abu Diwan, noted that the initiative was unique. “Its uniqueness,” he said, “lies in the fact that while the idea of encouraging the cultivation of cocoa under shade is not new in Ghana, the entire package has been given a new twist as it seeks to re-orient the mentality of farmers, who have abandoned the practice in favour of cultivating cocoa in the open…”

Abu Diwan further noted that “the novelty of this initiative can be seen in the coming together of the private sector in both Ghana and Cote d’Ivoire, and the recognition that cocoa does deforest and coming together with public institutions, and working with farmers is the way to go.” He added that “the pooling of resources by the private sector, government and development partners to tackle the associated problems is worthy of note.”

It is also interesting to observe the current good will among all the partners to pursue a common course – to address deforestation triggered by the cocoa industry. Since, the signing of the Framework, progress towards fine-tuning and finalizing the actions have been on-going. And sometime this week, a stakeholder consultative meeting will be held to discuss, amend and validate the actions for adoption.

From the Ghana side, the Ministry of Lands and Natural Resources is leading the process working with the Ministries of Environment, Science, Technology and Innovation (MESTI); and Food and Agriculture; COCOBOD; and the Forestry Commission. These government agencies are collaborating with the WCF and IDH to ensure a successful implementation of the initiative.