Evidence is increasing that climate change is taking the largest toll on poor and vulnerable people, and these impacts are largely caused by inequalities that increase the risks from climate hazards, according to a new report launched by the United Nations on Tuesday. 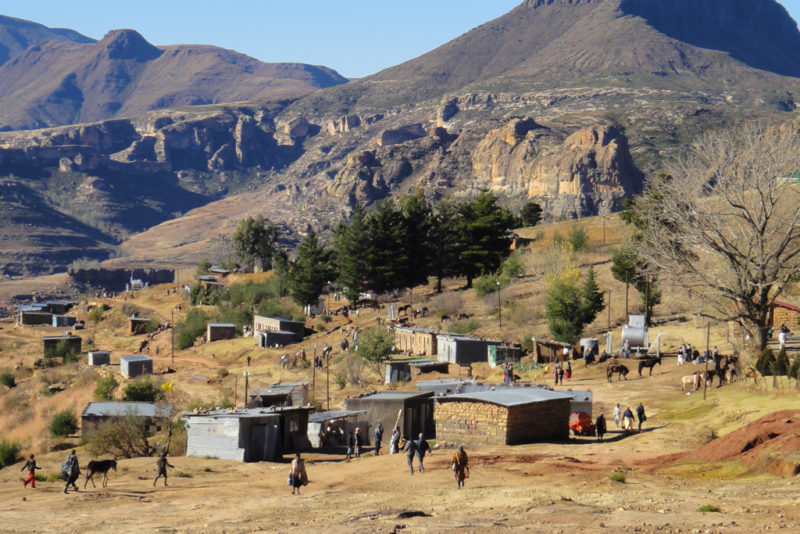 “Sadly, the people at greater risk from climate hazards are the poor, the vulnerable and the marginalised who, in many cases, have been excluded from socioeconomic progress,” noted UN Secretary-General Ban Ki-moon in the World Economic and Social Survey 2016: Climate Change Resilience, produced by the UN Department of Economic and Social Affairs (DESA).

“We have no time to waste – and a great deal to gain – when it comes to addressing the socioeconomic inequalities that deepen poverty and leave people behind,” he added.

Speaking to reporters at UN Headquarters in New York on the launch of the report, the UN Assistant Secretary-General for Economic Development, Lenni Montiel, said: “Persistent inequalities in access to assets, opportunities, political voice and participation, and in some cases, outright discriminations leave large group of people and community disproportionally exposed and vulnerable to climate hazards.”

He added that through transformative policies, the government can “address the root causes of inequalities, to reduce the vulnerabilities of people to climate hazards, building their longer term resilience.”

On transformative policies, the Chief of Development Strategy and Policy at UN Department of Economic and Social Affairs, Diana Alarcon, said such policies could help build climate change resilience, close inequality gaps, provide access to financial services, to diversification of the livelihoods, to quality education and health and social security. She added: “it is that kind of transformation that leads to development.”

While there is considerable anecdotal evidence that the poor and the vulnerable suffer greater harm from climate-related disasters, the report determined that much of the harm is not by accident, but that it is due to the failure of governments to close the development gaps that leave large population groups at risk.

In the past 20 years, 4.2 billion people have been affected by weather-related disasters, including a significant loss of lives. Developing countries are the most affected by climate change impacts. Low-income countries suffered the greatest losses, including economic costs estimated at five per cent of gross domestic product.

The report argues that while climate adaptation and resilience are overshadowed by mitigation in climate discussions, they are vital for addressing climate change and achieving the Sustainable Development Goals (SDGs) by 2030.

Specifically, the report found that families living in poverty systematically occupy the least desirable land to damage from climate hazards, such as mud slides, periods of abnormally hot water, water contamination and flooding. Climate change has the potential to worsen their situation and thereby worsen pre-existent inequalities. The report shows that structural inequalities increase the exposure of vulnerable groups to climate hazards.

According to the latest data, 11 per cent of the world’s population lived in a low-elevation coastal zone in 2000. Many of them were poor and compelled to live in floodplains because they lacked the resources to live in safer areas. The data also underscore that in many countries in South and East Asia, and Latin America and the Caribbean, many people have no other option than to erect their dwellings on precarious hill slopes.

The report also found a larger concentration of poor and marginalised groups in arid, semi-arid and dry sub-humid aridity zones which cover about 40 per cent of the Earth’s land surface. About 29 per cent of the world’s population live in those areas and are facing additional challenges owing to climate change.

According to the report, building resilience to climate change provides an opportunity to focus resources on reducing long entrenched inequalities that make people disproportionately vulnerable to climate hazards. The best climate adaptation policies, the report states, are good development policies that strengthen people’s capacity to cope with and adapt to climate hazards in the present and in the medium term.

Looking ahead, the report recommends the use of improved access to climate projections, modern information and communications technologies, and geographical information systems to strengthen national capacity to assess impacts of climate hazards and policy options statistically.

The report voices a concern that international resources to support climate change resilience are insufficient. At last year’s Paris climate conference, informally known as COP21, countries committed to setting a goal of at least $100 billion per year for climate change mitigation and adaptation activities in developing countries. However, adaptation costs alone range from $70 billion to $100 billion per year by 2050 in the developing countries, and these figures are likely to underestimate real costs, according to the report.

The 2030 Agenda for Sustainable Development calls for transformative policies to deliver on our collective promise to build a life of dignity for all on a cleaner, greener planet.

“The challenges are enormous, but the world possesses the know-how, tools and wealth needed to build a climate-resilient future – a future free from poverty, hunger, discrimination and injustice,” the Secretary-General stressed in the report, noting the importance of the enabling policy environment as well as the support of the international community.