A beach hotel resort in Bali with a focus on sustainability has become the first company in Indonesia to take the Climate Neutral Now pledge, to measure greenhouse gas emissions, reduce where possible and offset the rest. 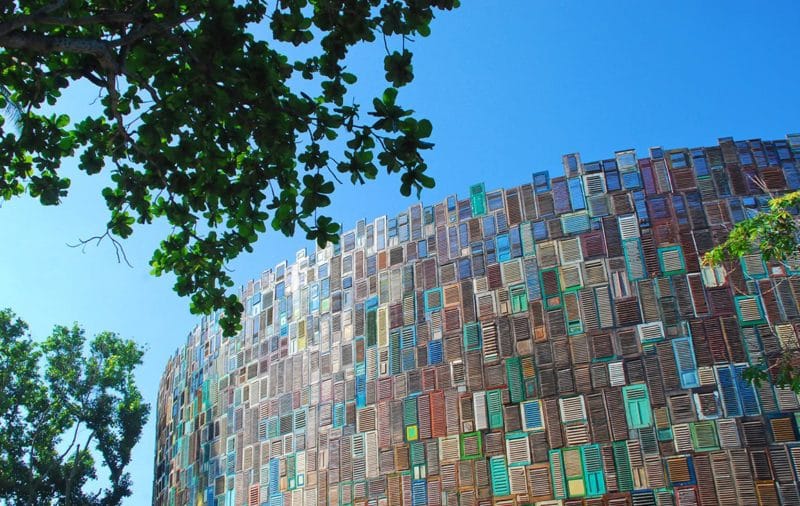 This pledge is one of many being taken across the globe by organisations, companies, events and individuals to curb greenhouse gas emissions in line with the goals of the Paris Climate Change Agreement. The hotel’s pledge is part of a general shift towards carbon neutrality and sustainability from the global tourism industry, which is responsible for around 10% of global greenhouse emissions, mainly from travel.

The company has, for example, been able to drastically reduce the amount of waste it sends to landfill and has established industry benchmarks for eliminating waste and promoting recycling in Indonesia, said Ronald Akili, founder of Jakarta-based Potato Head Family, owner and operator of the Katamama Hotel and Potato Head Beach Club.

The company reports that both the hotel and beach club serve local foods responsibly sourced from likeminded farmers and prepared using sustainable methods.

“A climate-neutral mindset is as necessary as impeccable customer service,” said Mr. Akili. “Our mission as a company is to provide good times and do good in the world. Our projects are always done as sustainably as possible because that is what the future needs; we hope to inspire both our local community and our industry peers,” added Mr. Akili.

Climate Neutral Now offsets – cancelled credits each representing a tonne of CO2 reduced or avoided – come from projects vetted and registered under the UN’s Clean Development Mechanism, everything from clean cookstove projects, to wind power projects that displace the use of fossil fuels, to large industrial projects.

Katamama Hotel and Potato Head Beach club has established renewable energy targets for all new and existing properties, which includes use of efficient lighting and electric appliances and the generation of its own potable water.

On a local level, the Katamama hotel has had a focus on sustainability and supported the traditions of its island home since its inception. It was built using 1.8 million bricks, each hand pressed by local artisans and fired using only biomass – a time-consuming technique typically reserved for Bali’s sacred temples.

The painstaking process both fulfilled the artistic vision of Indonesian architect Andra Matin and the company’s mission to rescue this diminishing handicraft, said Mr. Akili.

“We are delighted to have Katamama and Potato Head Beach Club as signatories of the Climate Neutral Now initiative. Their philosophy aligns with our goals of a climate neutral world that has met the Sustainable Development Goals,” said Niclas Svenningsen, Manager of Global Climate Action at UN Climate Change. “We hope they will inspire others to take action to support local and global solutions to climate change, and help deliver on the goals of Paris Climate Change Agreement and the SDGs.”

The International Tourism Partnership (ITP), a global organisation linking the world’s most powerful hotel companies, embraced the Paris Agreement objectives and commissioned climate research in 2017. Its ITP carbon report highlights the hotel sector’s carbon reduction goals of 66% by 2030 and 90% by 2050.

Further, 16 New York hotels have joined mayor Bill de Blasio’s NYC Carbon challenge in a commitment to reduce greenhouse gas emissions from their buildings by 30 percent or more in the next ten years. Similarly, Hilton recently announced it will reduce carbon emissions by 61% in line with the Paris Agreement and approved by the Science Based Targets Initiative.