Implications of decline in forest productivity, by study

October 15, 2016 Comments Off on Implications of decline in forest productivity, by study 737 Views

A new research has found that continued biodiversity loss would result in an accelerating decline in forest productivity worldwide. 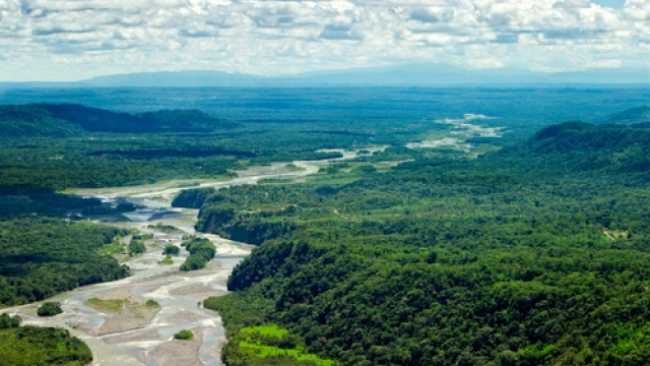 The research, published on 14 October 2016 in the journal Science, is the output of a team of scholars from 90 institutions around the world coordinated by Jingjing Liang (lead author), Peter B. Reich and Thomas W. Crowther, and includes CIFOR’s Principal Scientist Terry Sunderland, who consolidated field-based forest inventory data from 777,126 permanent plots across the world, discovering a globally consistent positive effect of tree species diversity on forest productivity.

Dr. Sunderland, Team Leader for Sustainable Landscapes and Food Systems at CIFOR, said, “The value of biodiversity in maintaining forest productivity – $396-579 billion per year according to our estimation – is by itself over five times greater than the total cost of effective global conservation. This highlights the need for a worldwide reassessment of biodiversity values, forest management strategies and conservation priorities.”

The team estimated that the economic value of biodiversity in maintaining commercial forest productivity to be $166-490 billion per year, which more than doubles the total estimated cost that would be necessary if we were to effectively conserve all terrestrial ecosystems at a global scale. This finding highlights the need for a worldwide reassessment of biodiversity values, forest management strategies and conservation priorities.

The research, it was gathered, marks the first major accomplishment of the team formally known as the Global Forest Biodiversity Initiative (GFBI). Established in 2016, GFBI is an international, interdisciplinary, multi-stakeholder research collaborative that aims at better understanding broad-scale patterns and processes associated with the planet’s four billion hectares of forested ecosystems.