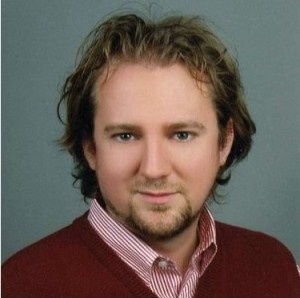 Transactions for illegal wildlife products, particularly ivory, are shifting away from online retailers and onto social media platforms according to TRAFFIC’s research into the Chinese-language online retail community.

This is a key finding of a new report, Moving targets: Tracking online sales of illegal wildlife products in China, which discloses the results of routine market monitoring of China’s online retailers that began in 2006 and was released on Tuesday, the World Wildlife Day.

At its peak in March 2012, more than 4,000 new advertisements per month for illegal wildlife products were appearing online on Chinese language online retail websites, finds the new report. More than half of the illegal products offered comprised ivory items.

However, following advertisement removal and blocking of code words used to describe illegal products through regular exchange with e-commerce and enforcement agencies by TRAFFIC, this fell dramatically to around 1,500 from July 2012 and has remained around that level ever since.

“Major online retailers in China have been important allies in efforts to stamp out illegal wildlife trade, and their efforts have resulted in a sustained decrease in advertisements for such goods, yet the high number of such advertisements remains of concern and we are also seeing a shift in the way such transactions now take place,” said Zhou Fei, Head of TRAFFIC’s China Office.

One change has been an increase in the number of code words used by sellers to conceal the identity of their goods, from 15 code words used in 2012 to 64 identified and monitored by TRAFFIC today. At least 22 code words exist for ivory, including terms such as “African materials, yellow materials, white plastic, jelly”.

There has also been evidence of the move to social media, where dealers release photos and information about illegal wildlife products in order to attract and interact with potential customers. Some dealers also use “agents” to extend their audiences by re-posting the information about illegal wildlife products onto their own social media platform.

“The shift into the secretive world of social media marketing creates a whole new suite of challenges, with enforcement agencies constantly seeking to keep one step ahead of the traffickers,” said Yannick Kuehl, TRAFFIC’s Regional Director for East and South Asia.

“Monitoring and policing this underground marketplace must become a top enforcement priority—it appears criminals are using it to carry out their clandestine activities.”

China has the world’s biggest online community with an estimated $274.6 billion spent in online trade in 2014.
The number of new illegal wildlife products observed by TRAFFIC online fell dramatically, as did the total number of such advertisements: In January 2012, TRAFFIC discovered almost 30,000 advertisements for five illegal wildlife products on 15 websites then surveyed. This rose to more than 50,000 in the next two months but dropped again in April 2012 to around 30,000 after TRAFFIC contacted and shared the monitoring results with website managers, several of whom immediately deleted the identified advertisements.