In spite of its enormous benefits, medical personnel believe that some women care less about antenatal clinic attendance.

Aisha Usman, 28, and few others share their experiences, attributing the occurrences to ignorance and poverty.

“Each night when I go to sleep, I pray not to wake up, for fear of facing the world with my situation. I was married off at the age of 15 to a man old enough to be my grandfather. The first night in my new home was the worse night of my life; my husband was so hard on me.

“When I realised I was pregnant, I was far gone with the pregnancy, I never attended any antenatal clinic or even visited the hospital because we have a traditional doctor that comes to the house to treat us,” Aisha explained.

Aisha would only pray that she had a new life. Her first encounter with her husband was as rough as anything she could imagine.

“That faithful morning, after the rough night experience with my husband I started bleeding,” she said, recalling how the first wife Hajia Mariam Usman rushed to call the family ‘doctor’.

“When he came, he gave me a mixture of herbal drink and after taking it, I got worse but he insisted I will be fine, so I slept off, when I woke up I was told that I had lost the baby.

“I cried but it couldn’t change anything. Weeks later I took in again and similar thing happened; I lost the baby after 34 weeks.

“I lost another pregnancy at 28 weeks that was when the herbal doctor told me I couldn’t get pregnant again. I was never taken to the hospital throughout these episodes.

‘“Today I am childless except almighty God decides to grant me miracle,” she said.

Another housewife, 22-year-old Zainab Yakubu from Kaura Namoda in Zamfara State, shared her story on how she lost five children to meningitis due to illiteracy and ignorance.

“My husband is in Abuja, I lived with our five children alone in Zamfara, I don’t go out of the house without being accompanied by a male, as I must seek the permission of my husband to go out.

Zamfara, a Sharia state, started the implementation of Sharia law in Nigeria currently and has the highest poverty rate in the country if data from Oxford Poverty and Human Development Initiative is any standard to apply. 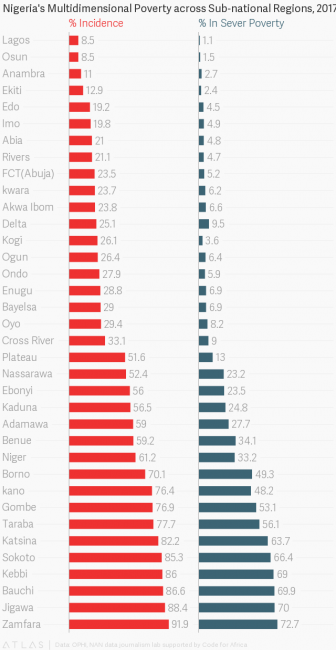 For Zainab Yakubu, her experience was also traumatic.

“I called to inform my husband that the children were sick and he told that he will call his brother.

“By the time the brother came, the children became worse but as soon as he came, he went to get a taxi and took the children to the hospital.

“On getting to the hospital that evening, the doctors confirmed that the children were too weak but that he could commence treatment immediately.

“The other two Sani Bashiru, two years old and Sakiyna Bashiru, died in the early hours of the morning the following day.

“But before calling my husband, I prepared herbal medicine and gave them, I thought it was malaria because the signs and symptoms were similar although it did not work,” she noted.

Mr Yakubu Muhammad, a farmer in Talata Mafara local government area of Zamfara State who also narrated the story of how he lost his wife, blamed it on poverty and ignorance.

According to him, he lost his wife eight years ago to complication in pregnancy.

“When I first got married to the love of my life, we were so happy together and we never had health problems until she got pregnant.

“She got pregnant three months after we got married; we had a community birth attendant where we lived, so she was always checking on my wife.

“She assured us every time we went to see her that everything was fine and she will only prepare herbal medicines for my wife which she said was routine medicine,” Muhammed said.

A lot of women gave birth to their children successfully with the help of her but Muhammad and his wife were unfortunate.

Muhammad explained that his wife usually bleeds whenever she was pregnant but Sadiya was readily available to calm the situation.

“Every time it happened, I will call the attendant; she never hesitated to answer, she checks her after which she will give the herbs and my wife will become well again.

“At about 2 a.m. in the early hours of the morning, my wife started screaming, she was in pain the baby was coming, I was confused I didn’t know how to help her. I quickly ran to her and she followed me.

“When we got home my wife was so weak, she asked me to stay outside and I obeyed her. After about two hours, the attendant came out holding the baby, it was a baby boy but my wife was dead,” Muhammad said.

He admitted that poverty and ignorance play major roles in maternal death.

“A poor person is very unlikely to get education or have money to go to the hospital for antenatal and early child marriage also contribute to high maternal mortality and virginal fistula.

“A lot can be done to improve maternal health in Nigeria just as the Minister of Health, Prof. Isaac Adewole, is doing by revitalising Primary Healthcare system in the country,” he said.

Dr Charles Agugua, a gynecologist with a private hospital in Abuja, also expressed concern that poverty had prevented many women from getting proper and adequate medical attention.

He also identified poverty as a major barrier to human development, noting that high level poverty had limited people’s bid, especially women to have access to quality healthcare.

“More so, Nigeria is reported to have one of the highest occurrences of maternal mortality in the world with figures ranging from 704 to 1,500 maternal deaths per 100,000 live births. 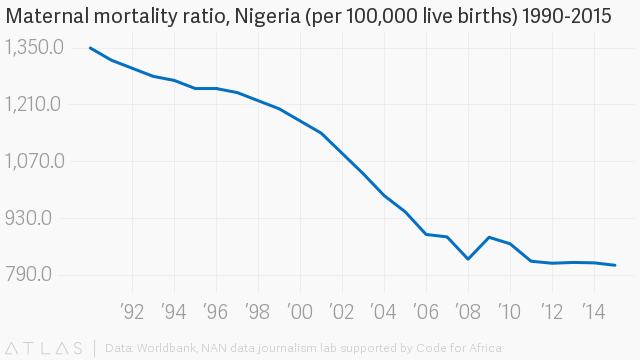 Agugua also said the relationship between poverty and maternal mortality called for the need to address the reproductive health problem in the country.

He called for focused strategy that would enable pregnant women with complications have access to the medical interventions of emergency obstetrical care.

The expert also called for the upgrading of rural health centers and referral hospitals and stocked them with the necessary drugs and equipment to boost their effort in carrying out obstetrical services.

He also stressed the need to train health workers and develop strong referral systems between communities and health care facilities to check delays in cases that posed threat to life.

He advised government to establish supportive policies that would help the system work better and faster.

Available reports indicate that more  than 70 per cent of maternal deaths in Nigeria are due to five major complications: haemorrhage, infection, unsafe abortion, hypertensive disease of pregnancy and obstructed labour.

Nevertheless, stakeholders insist that strategies need to be more appropriately focused to enable pregnant women to have access to emergency obstetrical care.

According to them, appropriate authorities ought to train cadres of health workers and develop strong referral systems between communities and health care facilities, since delays in care can be life-threatening.

They recommend that there is need for skilled attendants to be well remunerated in order to improve performance and efficiency.

They also note that Ministries of Health has roles to play in strengthening its health care systems and addressing inequality.

They, therefore,  plead with governments to improve the health sector, especially maternal health, without which many pregnant women will continue to face the problem of access to healthcare that may increase the prevalence of maternal mortality.

Ministers and representatives from 12 African countries have committed...

World Health Organisation (WHO) has again warned that COVID-19...

The Nigeria Centre for Disease Control and Prevention (NCDC)...

Ekiti State Government has appealed to residents to stop...