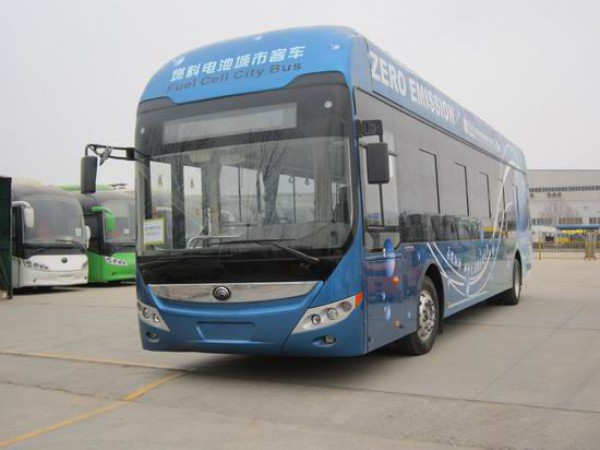 The 8.5-meter vehicle can carry 56 passengers and can run more than 450 kilometers on single refuel of hydrogen, which takes three to five minutes, said its developer, Wuhan Tiger Fuel Cell Vehicle Co. Ltd.

The vehicle is able to start at temperatures as low as minus 20 degrees Celsius and intelligently detect malfunctions, according to the company.

The company signed an agreement on Thursday with Wuhan Skywell, a new energy vehicle manufacturer, to produce 3,000 such buses in the next two years.

The first batch is expected to hit the road in Wuhan, capital of Hubei Province, in the second quarter of 2018.

Wuhan Industrial Technology Research Institute of Geo-resources and Environment and the Hubei branch of China National Petroleum Corporation would set up a hydrogen station in Wuhan in 2018, and bring the number in the province to 21 within three years.