Ako Amadi, Head of Community Conservation and Development Initiatives (CCDI), in a recent chat with Augustina Ogbonna-Armstrong, sheds some light on the relationship between deforestation and harmattan, a dry and dusty north-easterly trade wind which blows from the Sahara Desert over the West African subcontinent into the Gulf of Guinea between the end of November and the middle of March. He is also of the opinion that the El Nino phenomenon is remotely impacting the country 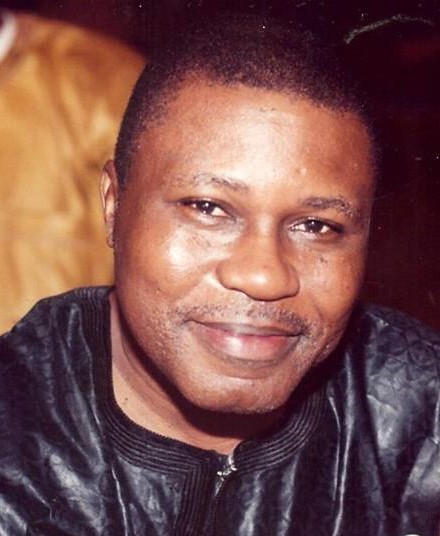 Is the El Nino phenomenon ravaging some parts of the world affecting Nigeria or parts of Africa?

Yes, it is. If you don’t study, you will never know. It is having a global impact in the sense that, when you have what we call upwelling. If you look at the marine environment, usually all those continents, North, South, Europe, Africa, Asia and Australia. On the west side of the continents, there’s a phenomenon called upwelling; which means that seasonally cold waters below 200 metres well up to the surface. These cold waters are rich in nutrient, mainly phytoplankton, which are eaten by plankton.

These phytoplankton and plankton are the main source of food for anchiove, sardines, sardinella, fungi. What we have in Nigeria are fungi, sardinella. If you go towards southern Europe, you have sardines and if you go to northern Europe you have herrings. This is the food of these small fish. So when suddenly the upwelling fails, you don’t have it anymore and instead warm water comes up. It changes the climate, the weather and that’s when you start having either severe storms and that sort of thing. It’s something a hydrographer, climatologist or meteorologist can explain precisely. I am explaining from the point of view of a marine scientist. This is what causes El Nino. Most of them are in Southern America off Peru. And Peru has very large upwelling. It’s one of the wealth of that country. Their whole oil is anchiove, which comes in millions. So this is what is happening now. I haven’t now looked at the details of where and when it is happening but it has put marine science and meteorology in very grave difficulty. Well, good for them that everybody is studying it now.

Is it having any impact here in Nigeria?

Yes, it is. Remotely.

What are the impacts?

The impact is that it puts the weather into uncertainties. You may be having heavier rains and you don’t know that part of it relates to El Niño that is going on in all parts of the world. Where warmer waters are coming to the surface instead of colder waters and, with that, that sort of adds to global warming and all of that disrupts atmospheric circulation.

Looking at Lagos now, you’ll notice that, sometime ago, the harmattan went and came back again. And then it became quite heavy. What can you say is responsible for this? We’ve never had this type in Lagos for a long time.

One thing I know is, when you have deforestation, you will have severe harmattan, because the dust coming from Sahara Desert is what makes the harmattan. It’s an Arabic word, harmattan. Because of the dust from the Sahara coming to the south. That’s what makes this cloudiness that you see. And if you look at your furniture, all of it is covered with dust.

So you’re saying that if Lagos is well forested, we won’t have all these dust?

Not even Lagos (alone), the whole Sahel (and all the forest in Nigeria). Nigeria has the highest rate of deforestation in the world, according to the Food and Agricultural Organisation of the United Nations (FAO). These are 2005 figures and they couldn’t have changed because we don’t have any re-afforestation.

But some sort of re-afforestation is going on through the Great Green Wall project in the north.

When did it start?

When you see a governor watering a few seedlings, that’s not reforestation. I went to seven states in the north in 2013. It’s all seedlings, they haven’t grown to trees. Not much can happen right now. When you look at all those shrubs in the Sahel and savannah, it will take about 10 years for the seedlings to get to that height and start preventing dust from coming down to the south.

This is what we are saying. In ecology you can never be in a hurry because the turnover of life is not sudden. You know, if you want to have a vegetable garden you cannot plant today and harvest tomorrow. It will take some time. let alone talking of trees, which are actually either cultured trees or wild trees. Some of the trees that you see or most of it, like in the Cross River National forest where I am working now are about 80 years old. Sometimes when we tell people that: please don’t cut down very quickly. The cutting down lasts for about half an hour but the re-afforestation takes a lot of time.

Has the project been re-directed? Has the master plan been changed?

No it has not been changed

So they are still going to cut through the forest.

Yes, after all your president went there to go and launch the project. And all the former governors of Cross River State were there. (Liyel) Imoke and Duke were there, and all those that call themselves conservationists.