At least 183 people were killed and 215 others injured in Rwanda by heavy rains in the first four months of 2018, the Ministry of Disaster Management and Refugees of Rwanda said. 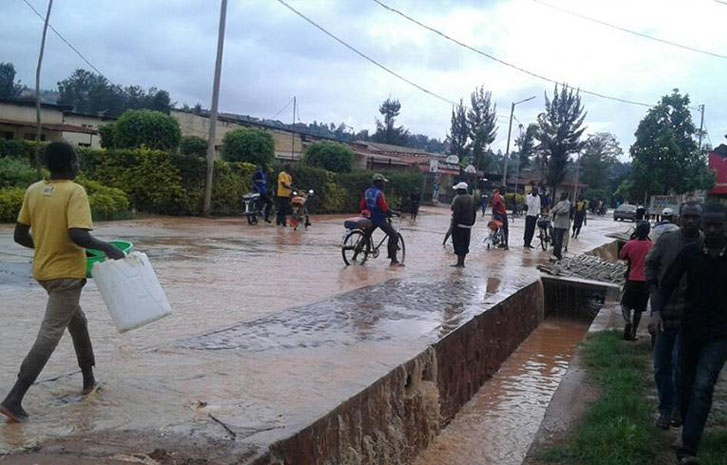 A flooded street in Rwanda

From January 1 to April 30, the disasters including floods and lightning also destroyed a total of 9,974 houses, leaving 706 people homeless, according to figures released by the ministry on Thursday, May 3.

Also destroyed were 2,450 hectares of plantations and 21 school structures, according to the figures.

The cabinet of Rwanda on Wednesday at a meeting expressed concern and sympathy to all Rwandans, especially families that had lost members and those impacted by the effects of the recent disasters.

The meeting also discussed strategies and mechanisms that would continue to support those affected by disasters and to fast-track repair of damaged properties.