The Federal Government has appointed Dr Bukar Hassan as the new Director-General of the National Agency for Great Green Wall (NAGGW). 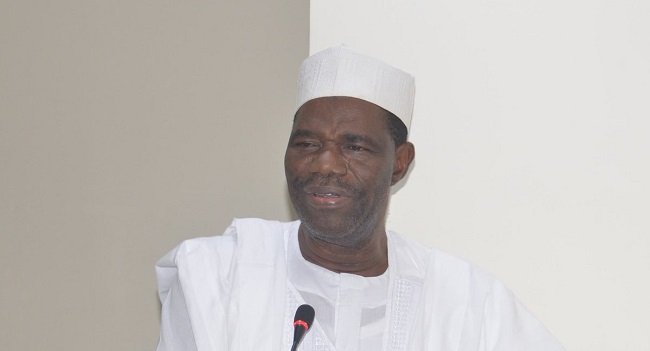 Mrs Larai Daze, the Head of Press and Public Relations of the agency, made this known in a statement on Wednesday, November 28, 2018 in Abuja.

Hassan replaced Mr Goni Ahmed, who had been the D-G since the inception of the agency until his recent disengagement after his four-year tenure elapsed.

Hassan, during the takeover ceremony, said he was coming back home, adding that there was very little he might not know about the agency.

He urged the staff to work with him as a team, saying that he had no doubt that “the team he is seeing around are familiar faces’’ except for a few and believed the teamwork would produce good results.

“There is the need to work with the junior staff because most contributions come from the lower cadre,” he said.

The new D-G said that the presidency had requested that the agency worked harder and urged to be briefed on the activities of the agency before the elections.

“As human beings we believe we have the capacity both humanly and financially and therefore more efforts should be applied individually and collectively in order not to fail the people that brought them.”

Hassan said that there was the need to strategise and collaborate with other government programmes and activities to achieve the goal of the NAGGW programme.

He announced that the World Bank had promised to come up with financial support if justifiable, which he described as an encouraging opportunity to work harder for the development of the country.

He assured that he would be there to work as a team with all relevant departments to put the GGW programme in a sound footing to leave a good mark.

Mr Abdulaziz Kolo, who was the acting D-G, welcomed the new director-general, saying his appointment “is a home coming’’ considering his past records.

He wished him a successful tenure and thanked the management and entire NAGGW staff success in their endeavours.

Hassan before his appointment held different positions from Head of Biological Sciences, University of Maiduguri and various positions in the Federal Ministry of Environment.

He also played major roles related to the environment such as the first National Focal Point in the process leading to the negotiation and adaption and ratification by Nigeria on the UN Convention to Combat Desertification and Mitigate the effects of drought particularly in Africa.

He was also the Chairperson and African Representative on the Review Committee for the Implementation of the UN Convention to Combat Desertification (UNCCD), Member Governing Board of Nigeria Geological Surveys and Governing Board Member of the Nigeria Nuclear Regulatory Agency.

He also has three post-doctoral certificates from Silsoe College, University of Bedford UK, University of Dresden Germany and Centre for Research in Desertification Control, Valencia Spain.