A veterinarian, Dr Mutiu Oladele-Bukola of the Institute of Agricultural Research and Training (IAR&T), Ibadan, on Tuesday, December 19, 2017 urged poultry farmers to protect their birds against the vagaries of weather during harmattan. 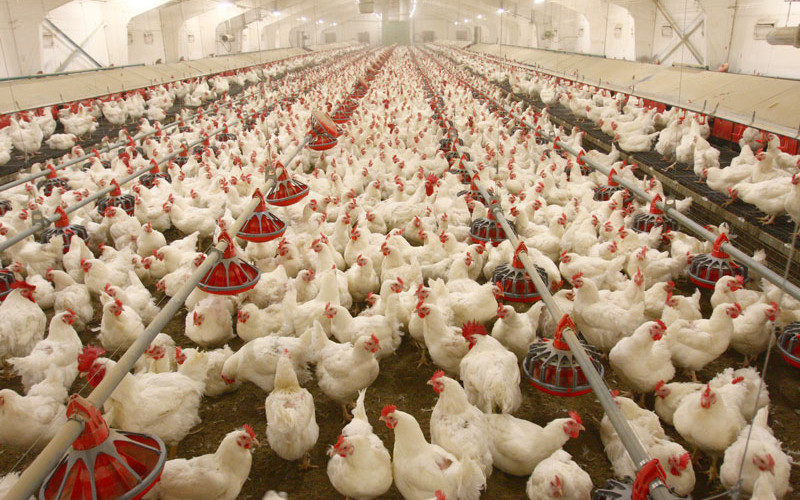 Oladele-Bukola gave the advice in an interview with News Agency of Nigeria (NAN) in Ibadan, Oyo State.

He said that the harmattan season, which occurred between the end of November and mid-March, could be cold in most places and hot in some places, depending on the circumstances.

He said that harmattan wind was considered a natural hazard because during its passage, the wind picked up dust particles and could push large quantities of sand, provoking the spread of wind-borne diseases for thousands of kilometres.

“During this period, chicken easily come down with all sorts of pulmonary (lung) diseases, which really compromise the respiratory processes and eventually hamper poultry performance.

“The best prophylactic measure that could be taken against the adverse effects of the cold, dry and dust-laden wind was to optimise the thermal micro-environment and ventilation by insulating the poultry house.

“Early in the morning and late at night, temperatures always drop and induce cold; therefore, poultry houses (pens) should be well-covered.

“Then, farmers should serve large quantities of more energetic feeds to chickens to generate heat, while in the afternoon, which is assumed to be hot, little or no feeds should be served.

“However, cold water, containing a lot of anti-stress agents (vitamins), should be made available to the chickens, as they serve to cool the body temperatures of the birds,” he said.

The veterinarian also underscored the need to plant highly shady trees around the pen, so as to serve as windbreaks and prevent direct heat on the pen.

He said that carpet grasses could also be planted round the pen to prevent wind from blowing dust and heat from oozing out of the ground.

Oladele-Bukola urged farmers to always provide shade for water tanks to avoid direct exposure to sunrays and increase the number of chicken waterers to enable all the birds to have access to water.

“Sprinklers could be used during afternoon to shower the rooftop, while providing foggers and fans inside the pen as coolants.

“Dusty nets should be cleaned using wet rags or foams; ice blocks could be provided in the water tanks for the birds to have access to cool water, especially in the hot afternoon,” he said.

He, however, called on the government to create farm settlements that would supply all the necessary facilities to poultry houses at affordable rates.

Oladele-Bukola said that all the poultry farm inputs should be provided to farmers at subsidised rates.

He said that the government should also encourage poultry farmers to form cooperative societies or join the Poultry Farmers Association of Nigeria in their neighbourhoods so as to facilitate exchange of ideas on best poultry practices.

He said that the cooperative societies would aid the government’s efforts to have access to the poultry farmers whenever the need arose.

“Government should create various farmers markets to enable farmers to display their products.

“It can also buy produce from farmers at normal price during the time of glut for preservation and eventual sales to the public at subsidised rates during the periods of scarcity,” he added.