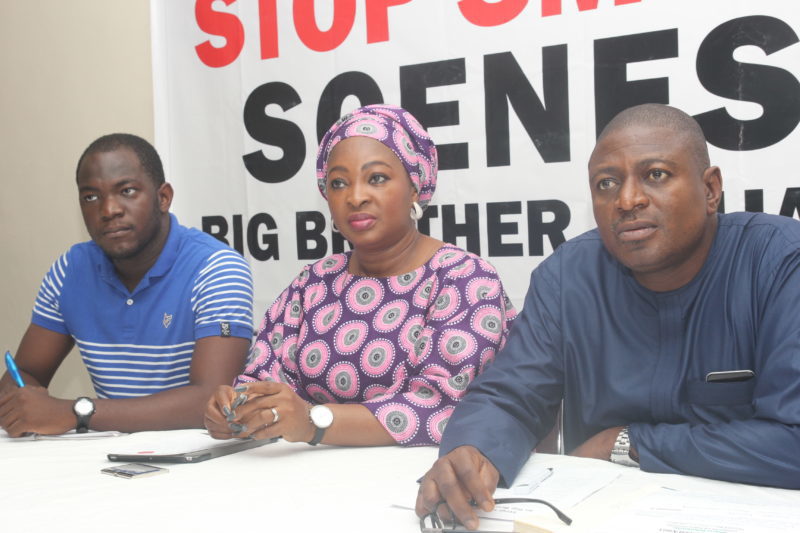 L-R: Adewunmi Emoruwa of Gatefield, Hilda Ochefu of Campaign for Tobacco-Free Kids and Akinbode Oluwafemi of Environmental Rights Action, at the press briefing

The groups – Environmental Rights Action/Friends of the Earth Nigeria (ERA/FoEN), Gatefield and Nigeria Tobacco Control Alliance (NTCA) – in a press conference in Abuja on Thursday, February 22, 2018 said Nigerians were shocked on Tuesday, February 13 when smoking scenes were glamourised in the current series of the Big Brother Naija 2018 show.

Pinning down the particular incident, they said that two housemates – Khloe and Teddy A – were observed puffing away after a very heated argument with fellow housemates.

ERA/FoEN Deputy Executive Director, Akinbode Oluwafemi, said that the smoking scenes have generated genuine outrage among Nigerians even as he added that remarks on the subject credited to the Special Assistant to President Muhammadu Buhari on Social Media, Lauretta Onochie, is even less consoling. 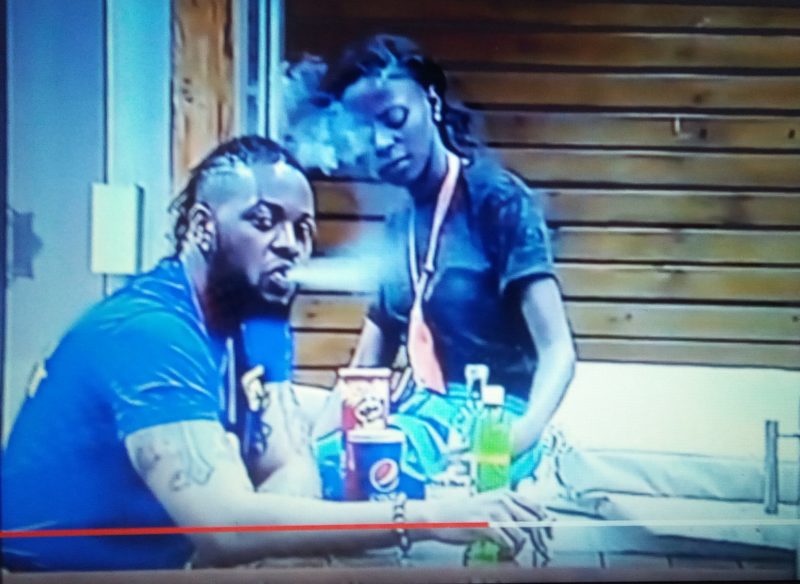 A screen shot of the smoking scene

He said: “Prodded by her followers on her Twitter page to do something about smoking scene, the special assistant was said to have reacted harshly by saying the government had no power to move against immoralities in the show as it was an adult programme. According to her, the show was not compulsory to watch.

“Her advice to parents is to use their remote control to change the channel whenever obscenity is shown. For us, this is hardly the answer that Nigerians want and we find it very disturbing.”

Hilda Ochefu, Sub-regional co-ordinator of the Campaign for Tobacco-Free Kids (ERA/FoEN), explained that the smoking scenes were particularly disturbing as it was intended to demonstrate to the youth that cigarettes calm frayed nerves. She stressed that the very disturbing trend has gone beyond the limits in offending the sensibilities of Nigerians who watch the series, many with their kids.

Adewunmi Emoruwa of Gatefield, in his intervention, said that the smoking scenes not only glamourise smoking before kids that watch the show with their parents but also breach Nigeria’s laws, hence the need for the Nigerian government to beam its searchlight on the show.

The groups articulated their recommendations to include the NBC sanctioning of Multichoice for promoting smoking scenes on the BBNaija Series: