Addressing climate change is a key priority for African countries as a region that is highly impacted and hence the need for urgent implementation of the various strategies at local, national and regional levels. 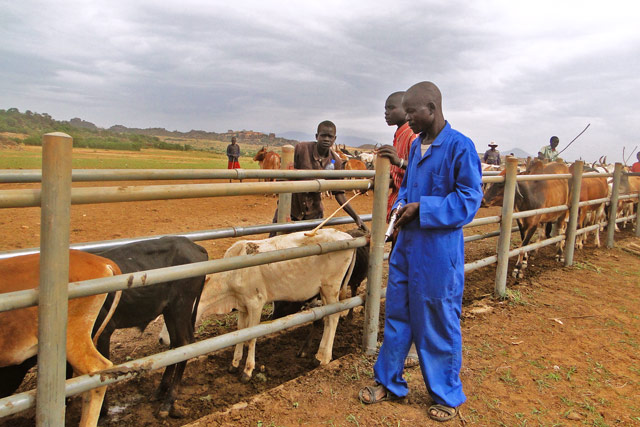 The Eastern Africa is home to thousands of pastoralists who herd their livestock in the semi-arid to arid areas. With increased impacts of climate, there is need to integrate the challenges faced by pastoralists communities as a result of climate change into policies, plans and programmes at national, regional and international levels.

Over 40 representatives from pastoralist organisations from Uganda, Tanzania and Kenya converged on Luwero District, Uganda, from April 17 to 20, 2017 to draw a roadmap for the implementation of the project, titled: “Building climate change resilience for enhanced food security in pastoralist communities in east Africa”.

The event was also attended by Members of Parliaments, government representative from Uganda and Open Society Initiatives for East Africa (OSIEA), as well as  Asia-Pacific region who all laid support for the project.

“This project is coming at the right time when the impacts of climate change are already visible in the loss of several lives, livestock and reduced revenue both for pastoralist communities and the government. Do it very fast PACJA (Pan African Climate Justice Alliance),” said Joseph Sserugo, Vice Chairman, Luwero District, Uganda.

“We need you to provide us with data and accurate information from the grassroots to help us negotiate and make policies that are responsive to the realities our people and even the pastoralists, hunters and fruit gatherers and the youth. We commend PACJA for its continued engagements with the Parliamentarians and representing the voice of Africa civil society at regional and global level,” Biyika Lawrence Songa (Chairperson, Parliamentarian Forum on Climate Change) and Adeke Anna Ebaju (Female Youth Representative and Member of the Parliamentary Forum on Climate Change in the Uganda Parliament), stated.

“The Government of Uganda is committed to working with PACJA and its platform in Uganda to ensure the project is successfully implemented in the country as His Excellency, the President is very passionate about pastoralist issues,” said Alice Muwanguti, The Resident District Commissioner, Luwero who represented the President during the event.

In reality with the challenges faced by the most venerable group, Joseph Ole Simel of Mainyoito Pastoralist Integrated Development Organisation (MPIDO), in his submission, stated that “the issue of gender is critical and consideration must be given to women when it comes to food security and climate change adaptation and mitigation measures as they bear the brunt of the reeling impacts of climate change even among the pastoralist group”.

Karamoja Development Forum representative at the meeting, Longoli Simon, lamented the current drought ravaging the pastoralist communities as, according to him, “Karamajong pastoralists watch the source of their livelihood vanishing as livestock are been buried daily as a result of the pounding drought”.

“For us the pastoralists in Tanzania, we have always been at the receiving end of the negative impacts of climate change and there are little or no policy that tends to reflect the concerns of the pastoralist at national and regional levels,” Lembulung Ole Kosyando, Coordinator of NAADUTARO – Pastoralists’ Survival Options (a pastoralist organisation in rural Tanzania), added.

Florence Kasule, the Coordinator, PACJA chapter, Uganda; Sam Ogallah from PACJA; and Francis Akorikin of OSIEA all called on the participants and project benefiting organisations to work collectively and ensure the project is implemented successful by actively contributing and participating at all levels and activities in the project.

Countries in the East African region are in different stages of climate change policies, plans and programme development, as well as the implementation of their Nationally Determined Contributions (NDCs). This is in line with their (United Nations Framework Convention on Climate Change (UNFCCC) obligations which is aimed at steering climate change debates globally with the inclusion of stakeholders in the processes as a mandatory process in the light of Paris Agreement.

According to PACJA, the pastoralist groups should also be involved in these dialogues at all levels and their voice need not only be heard but integrated in all the relevant frameworks on the issue of food security and climate change at  local, national, regional and international levels.

The project is being implemented by PACJA and supported by OSIEA in Uganda, Tanzania and Kenya.