The Socio-Economic Rights and Accountability Project (SERAP) and 302 concerned Nigerians have filed a lawsuit against President Muhammadu Buhari and the leadership of the National Assembly, asking the court to “declare illegal, unconstitutional and unfair the recent hike in electricity tariff and fuel price because top level public officers cannot continue to receive the same salaries and allowances and spend public money to finance a life of luxury for themselves while asking poor Nigerians to make sacrifices.”

President Buhari had while presenting the 2021 budget proposal of N13.08 trillion to the National Assembly reportedly stated: “The new petrol pricing has freed up resources that were used for subsidy payments, while the new cost-reflective pricing in the electricity industry is meant to address the liquidity challenges in the sector.”

But, in the suit, with number FHC/ABJ/CS/330/2020 filed last week at the Federal High Court, Abuja, SERAP is seeking “an order directing and compelling the RMAFC to cut the salaries, allowances and other emoluments payable to President Buhari, Professor Osinbajo, Dr Lawan and Mr Gbajabiamila, in line with the current economic realities, and principles of justice, fairness, equality and non-discrimination.”

SERAP is arguing that: “The Constitution of Nigeria 1999 (as amended) makes it clear that the authorities should harness Nigeria’s resources to promote and ensure the maximum welfare, prosperity, freedom and happiness of every citizen on the basis of social justice and equality. The country’s resources ought to be harnessed and distributed to serve the common good, and not to finance a life of luxury for politicians.”

It added: “Increasing electricity tariff and fuel price in the middle of the COVID-19 pandemic is antithetical to the public interest, the common good, and a fundamental breach of constitutional oath of office.”

SERAP is also seeking “an order of injunction restraining the RMAFC from paying the same amount of salaries and allowances to President Buhari, Professor Osinbajo, Dr Lawan and Mr Gbajabiamila until the RMAFC comprehensively reviews downward the salaries and allowances and other emoluments of these top public officers and other high-ranking public officers, in line with Nigeria’s current economic realities, and consistent with the principles of the rule of law.”

According to SERAP: “A public officer shall not put himself/herself in a position where his/her personal interest conflicts with his/her duties and responsibilities. Personal interest in this case is when top public officers like the Defendants continue to receive the same salaries and allowances while asking poor Nigerians to sacrifice and bear the burden of electricity tariff and fuel price hike.”

SERAP is also asking the court to determine “whether RMAFC can lawfully continue to maintain the same level of salaries and allowances for President Buhari, Professor Osinbajo, Dr Lawan and Mr Gbajabiamila, in light of Nigeria’s current economic realities, and constitutional provisions, and despite their apparent roles in the increase of electricity tariff and fuel price.”

SERAP said: “Public money is spent as security votes without transparency, and to pay for lavish lifestyles for top public officers including lawmakers, who continue to buy expensive new cars at the expense of taxpayers, the poor and socially and economically vulnerable Nigerians. The National Assembly is also set to spend N27 billion to renovate the National Assembly Complex, as proposed in the budget.”

The suit filed on behalf of SERAP by its lawyers Kolawole Oluwadare and Opeyemi Owolabi, reads in part: “Public duty means showing leadership by example and commitment to the ideals of public service, including by reducing salaries and allowances of high-ranking public officers like the Defendants.

“The Nigerian Constitution is founded on the rule of law the primary meaning of which is that everything must be done according to law. It also means that government should be conducted within the framework of recognised rules and principles, which restrict discretionary power.

“The court, being the last hope of the common man, must come to the aid of the poor and socially and economically vulnerable Nigerians by granting the reliefs sought by SERAP and 302 concerned Nigerians. Unless the reliefs sought are granted, the Defendants will continue to breach the constitution at the expense of Nigerians living in poverty.

“The poor and socially and economically vulnerable Nigerians would be negatively affected by the hike in electricity tariff and fuel price. The increase is contrary to the oath of office by the President to faithfully ensure the well-being and prosperity of the people. Increasing electricity tariff and fuel price is neither in the public interest nor the well-being of Nigerians.

“On or about the September 1, 2020, the Federal Government announced a total removal of subsidy from the price of the Premium Motor Spirit, otherwise known as petrol and thereby pushed the price per litre of petrol to N151. The Government had on August 19, 2020 announced an increment of more than 100 percent in the electricity tariff per kilowatt to be paid by Nigerians who continue to face unjust electricity charges.”

No date has been fixed for the hearing of the suit.

Previous: Riverine states urged to set aside 5% of annual budget to address flooding
Next: Forum identifies how women can access funds to finance climate projects 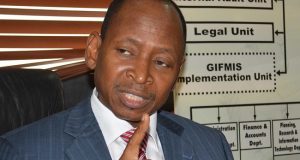