The Clean-up Nigeria, a non-governmental organisation (NGO), on Monday, February 8, 2021 says it will establish about 1,700 environmental clubs at various schools in the six geo-political zones across the country.

Mr Ene Baba-Owoh Jr., the National Coordinator/Secretary of the organisation disclosed this in Abuja.

He said the organisation would be selecting one state in each of the geo-political zones, in any of the government secondary schools.

Baba-Owoh said the organisation had already established 1,500 clubs to build up extra 200 making it 1,700 to involve in the improvement and environmental protection across the country.

The national coordinator said that the effort is aimed at promoting the environment and climate literacy as well as motivating youths in schools and colleges to guard their local environment.

According to Baba-Owoh, one of the group’s key projects is to ensure that environment is restated and “we are already started executing the project”.

“We have the school authorities which we have taking as the student’s mentor while the students are selected as leaders among themselves, they will ensure that the clubs stands and maintained.

“The students are given training and facilities to make sure that the clubs develop effectively and then our organisation will monitor the clubs to know what they are doing from time to time.

“We visit them and also hear their areas of challenges, so that we can as well extend our support to them. This is to ensure that the clubs are maintained and sustained.’’

Baba-Owoh said many schools have written to the organisation to be included in the club.

“Initially we did not plan to take up to 200 this year but the request became overwhelming.

“In a situation where we have almost 3,000 additional requests, so we decided to take at least additional 200 to add to the 1,500 we already had, to implement this year,’’ he said.

“Fostering climate collaboration in communities would achieve a maximum result if the youths and schools were involved.

“It is important for youths to understand the effect of climate change because their future should be at stake if mitigation and adaptive strategies are not taken appropriately.”

He said the best medium to form eco clubs for maximum impact was through various schools and through the establishment of the clubs, they can organise a sensitisation and public lecture/talk.

He said that the lecture would focus on possible ways to take care of the environment, how to address environmental issues and dangers of living in a filthy environment.

The national coordinator, however, advised Nigerians to maintain cleanliness, adding that it was part of healthy living that contributes to physical and mental health and growth.

“So for you to sustain your health, for you to be closer to God, for you to live a longer life, neatness should be your number one priority,” he added. 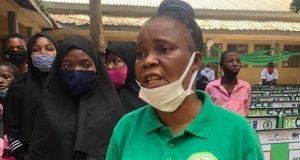 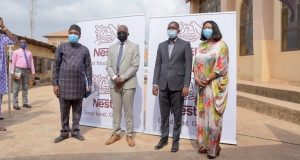 U.S. President Donald Trump pushed for schools to reopen and sharply disagreed with the nation’s top ...