The Media Initiative Against Human trafficking and Women Rights Abuse (MIAHWRA) has stated that much work still needs to be done in ending female circumcision, or female genital mutilation (FGM), in Nigeria. Research and investigations by the organisation’s production crew reveals that many parents in the country are still very much in support of damaging the reproductive health of girls and women. 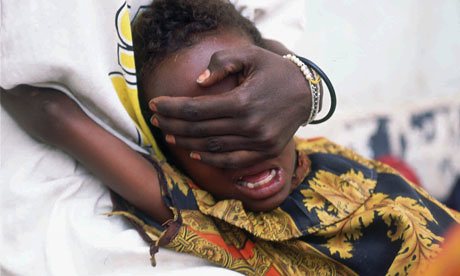 Female circumcision has been criminalised by the Federal Government of Nigeria

According to MIAHWRA, it has carried out FGM research in parts of Nigeria and discovered the gruesome form of abuse against females is not only alive and well in the country but that fathers and mothers are often in full support of it.

The World Health Organisation (WHO) says FGM includes procedures that intentionally alter or cause injury to the female genital organs for non-medical reasons. MIAHWRA’s findings reveal girls as young as 13 years and women as old as in their 30s are still being subjected to this abuse. The latter group, in some parts of the country, are compulsorily circumcised by their intended husbands and would-be-in-laws to ensure faithfulness in marriage. In some parts of the Niger-Delta, circumcision is part of the bridal items a man is made to pay for when paying his wife’s dowry.

Though FGM has been criminalised by the Federal Government, some parents – many of whom are aware of the criminality of the act – have called on the government to make circumcision of girls “a must” in the country. They have claimed it will stop females from being “promiscuous” and the married ones “will stay in their marriages”.

MIAHWRA’s findings also reveal that there are many parents who claim not to know what FGM is. Some of them have said medical doctors have told them not to do it but they don’t know what FGM is and why the doctors “commanded” them not to do it. Some fathers allege carrying out “bloodless circumcision” on their daughters by massaging the girls’ clitoris with their fingers while they are still babies.

Declaring the nonprofit’s Girls Are Precious project open, Ms. Tobore Ovuorie, Executive Director of MIAHWRA, said in a statement: “It was alarming hearing many of the parents we interviewed saying they are fully in support of girls being circumcised. This led to our returning to the field for further investigations and making a very short newsreel from our findings.

“The mindset of parents out there is so worrisome. Project #GAP is of the essence and End Female Genital Mutilation – #EndFGM – is a baby under our Girls Are Precious Project.”

According to Ms. Ovuorie, Project GAP seeks to bring to the fore various anti-girl child and women issues and proffer solutions. It seeks to reinforce the truth and fact that Girls Are Precious, thus, must not be abused in any way and must be given their place of importance in the Nigerian and African society.

The video report can be viewed via: https://youtu.be/OPlp1ILzHKQ

Dr. Daniel Adjekpemevor, Consultant Gynecologist and Medical Director of Esiri Specialist Hospital, Ikorodu, Lagos, has described female circumcision as “barbaric”, and has dire consequences for women even during childbirth. According to him, due to the mutilation of the vagina, when a baby is to be delivered naturally, it leads to greater tears, while the woman could come down with VVF and could lose her womb. He said there have been cases of women who lost their wombs due to the rupture which affected other organs.

“We all need to put an end to female genital mutilation. Besides the various health implications, girls have same rights as boys. The latter isn’t more important nor greater than the former. Women have same sexual rights as men, so we need to stop damaging girls and women now. It is possible to achieve it in this generation” Ms. Ovuorie stated.