Odumboni made the pledge at the official inauguration of JaniRak Recyclers, a waste recycling plant, in Badagry on Thursday, September 17, 2020.

The recycling plant was funded by an NGO, Real Act of Kindness (RAK), in collaboration with the Green Janitor Sustainable Initiative in Badagry.

The LAWMA managing director said that inauguration of the plant would open doors of more independent operators to come into the recycling business.

“As we progress with the need for us to recycle in Lagos, the major challenge we have is that we have two major off takers.

“But now that we are having JaniRak around, definitely, it is giving me confident that this has opened doors for others to come.

“It is a very big progress that is being made here today.

“For Badagry residents, be rest assured that these plastic bottles you have on the table today will not be around in 450 years.

“Because each of these plastic bottles takes 450 years to decay and if nothing is done about them, they will outlive us; our generation, and before we know, out numbered us.

“What we are doing today has clearly show to me that Badagry has taken a step toward a sustainable and cleaner environment,” he said.

The LAWMA managing director commended the founder of RAK Development Foundation, Mr Mobolaji Ogunlende, for investing into the project.

Odumboni assured people of Badagry that the town was in the agency’s developmental plan.

The managing director said the authority would assist them in terms of expanding and make it a programme that would benefit all and sundry.He commended the traditional rulers, Muslim and Christian leaders for supporting Mobolaji and the project to succeed.

Speaking, the founder of RAK Development Foundation, said investing in the plant was part of developing his immediate environment.

Ogunlende said that he was impressed when initiator of the project came to him for establishment of the plant.

The founder said he discovered that it would help in jobs creation, and also promote cleaner environment, which he said was the reason for the investment.

“With this, we are trying to create employment opportunity for youths and at the same time cleaning the environment.

“This will definitely change the face of our community.“We are inspiring change, and we are going to empower generations with this project,” he said.

Ogunlende then urged well-meaning people of Badagry to assist his organisation in order to impact positively on them, adding that he could not do it alone.

Also, Mr Abdul-Salam Ashade, the Executive Director, Green Janitor Sustainable Initiative, said the journey started in 2010, but turned a new dimension in 2019 with the launching of “Pick the Plastic Project”.

Ashade, the initiator of the project, said he had a vision toward empowering youths through waste management in Badagry.

He said that the vision became reality through RAK founder, who provided the support and capacity needed for the recycling plant in the city.

Ashade said that his initiative had collaborated with RAK development foundation to establish JaniRak Recyclers to help address the issue of indiscriminate plastic waste disposal.

In his remarks, Mr Joseph Gbenu, Chairman, Badagry West LCDA, who represented the three Chairmen of the council areas, said that the recycling plant was a challenge to them.

Gbenu commended them for putting up such a laudable project to turn waste to wealth.

Speaking as the Royal father of the day, Oba Idris Kosoko, the Oniworo of Iworo Land in Badagry, promised to ensure a conducive environment for commencement of the plant.

Kosoko said that he was delighted following the promise made by the  management of LAWMA to assist in training of staff. 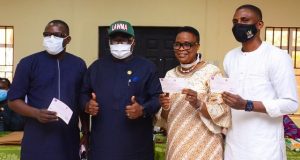 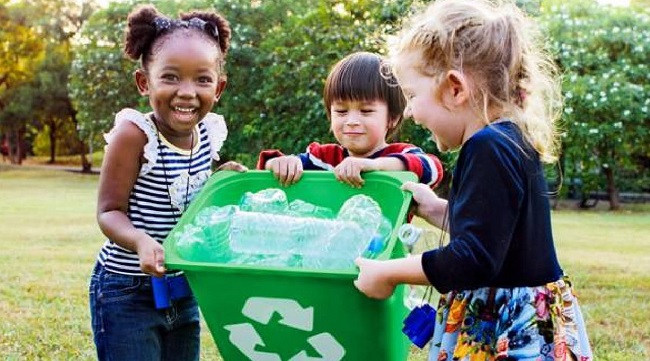