SATO, a Japanese building materials and housing equipment manufacturer, has donated 60,000 affordable Satopans to support Nigeria in its drive to end open defecation by 2025.

Mr Michael Adegbe, Leader, SATO Nigeria, part of Lixil Technologies, said in Abuja at the sidelines of an event to commemorate the 2021 World Toilet Day, with the theme, “Valuing Toilets”.

Satopans are a cost effective blue plastic toilet pan placed directly over a single pit, which features an automatically-closing trap door that blocks odors and insects.

A small amount of water (0.2 to 1 liter) opens the trap door to eliminate waste, which shuts itself tightly after use.

According to him, 50,000 Satopans out of the number was given to UNICEF and 10,000 of them were donated to the Clean Nigeria Campaign Secretariat.

He noted that this intervention had seen an improvement in livelihoods of benefiting communities and toilet business owners in the country.

He noted that reports of outbreak of Cholera was worrisome due to poor sanitation and increasing number of persons still defecating openly.

“UNICEF has been supporting the government to meet the country’s Open Defecation-Free (ODF) target by 2025, So far, we have donated 50,000 satopans to them to support that project.

“This was installed in schools, markets, communities to scale up sanitation and hygiene. Also, 10,000 satopans were given to the Clean Nigeria secretariat to support the ODF campaign.

“By this intervention, we have seen lives transformed and diseases, sicknesses reducing in benefiting communities,” he said.

Adegbe said the critical role that clean toilet played could not be overemphasised, calling on tiers of government to quadruple their efforts to meet the country target by 2025.

He listed efforts of Indorama fertilisers and chemicals in Eleme Port-Harcourt, as using satopans as Corporate social responsibility through giving 25,000 satopans to farmers to promote sanitation and hygiene,

“Here, the condition is that as a farmer, you must have a pit toilet and to end open defecation practices, the company helps them to install it at home, and this has enhanced their health and improved livelihood.

“We provide affordable luxury toilets to rural areas, people do not have access to water get them, it is manufactured by Innoson in Enugu, under a licensee contract agreement.

“We do plastic toilets that are attractive and affordable for the average Nigerian living in the rural areas, the pan is 2100, while the stool is 4000 as a retail cost’’.

He hinted that talks were ongoing with some partners and microfinance banks to see what could be for underprivileged ones to access funds to access these products. 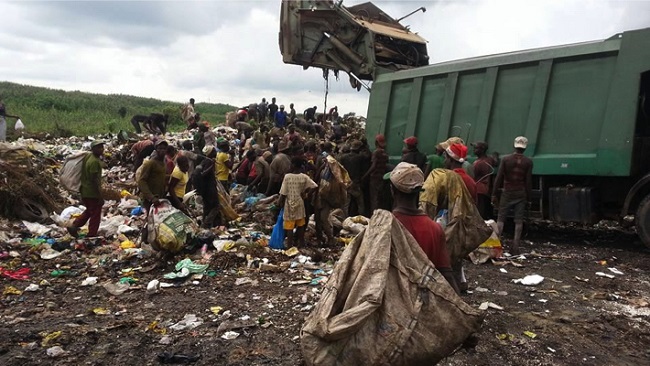