September 29, 2021 Comments Off on Group calls for awareness on climate change impact 552 Views

The Executive Director, Global Awareness for Development Initiatives (GLADI), Mr David Fiase, has called for the enlightenment of youths on the negative impact of climate change in the country.

Fiase, also the author of a book: “Climate Change Tips for Kids’’, made the call on Wednesday, September 29, 2021 in Abuja.

He said that the enlightenment could help to mitigate the impact of climate change and encourage the youth to keep their surroundings clean.

According to him, climate change will impact the future lives of today’s young people in countless and unimaginable ways.

“They are, therefore, the ones through whom remedial measures on climate change mitigation and adaptation should start.

“There is the need to empower the youths, especially children in their formative stage from age six with information about climate change and the environment.

“It is also important to involve them in various practical measures that will benefit the environment and reduce the escalation of environmental degradation.

“The public is mostly unaware of the issues around climate change that is why our organisation is in the vanguard of awareness creation.

“The government has done well with partnerships at the international level by signing several agreements and conventions that promote and protect our environment.

“Also, we have several environmental laws and regulations; what is required is strong enlightenment, enforcement, compliance and monitoring.

“Climate change and the negative impact on the environment are increasingly becoming evident in such occurrences as floods, desertification, rising temperature and changing climatic and environmental patterns.

“These changes are in most cases a result of man’s actions or inactions to his immediate environment. Actions which increase gas emissions or reduce plant populations thereby depleting the ozone layer,’’ he said.

Fiase said that what motivated him to write his book was the increased negative impact of climate change in the country.

He said that the book which was unveiled on Friday, was the first-ever climate change educational booklet for Nigerian kids.

He added that the book would educate the children on ways to participate in activities that could help mitigate the impact of climate change.

The executive director said that the book explained the concepts of climate change in an understandable manner to children. 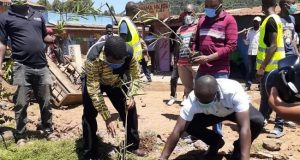 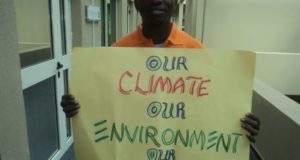 How climate change is destroying the earth

A team of designers and researchers recently put together an infographic showing how bad climate ...