The Federal Government has called on developed countries to redeem their $100 billion pledge, made to support developing countries on climate action.

The. Minister of State, Environment, Chief Sharon Ikeazor, made the call on Wednesday, October 27, 2021 in Abuja, at a news briefing on COP26 preparation, scheduled for Oct. 31 to Nov. 12, in Glasgow, United Kingdom.

She mentioned important issues to be discussed at the COP26 to include mobilising finance, scaling up adaptation, how to deal with the damage on economic and non-economic caused by climate impact, among others.

”We require the developed countries to honour the word given made back in 2009 of mobilising $100 billion per year by 2020 to support climate action in developing countries.

“However, we need more done to restore credibility and strengthen trust between developing and developed nations,” she said.

“Also, another important element for discussion at COP26, is the question of how to deal with economic and non-economic harms caused by climate change impacts..

“The impact of climate action which cannot be avoided through adaptation or mitigation, known as ‘loss and damage’.

“As we look towards the firming up of increased finance for adaptation, we also look forward for progress in the operationalisation of the Paris Agreement’s ‘Global Goal on Adaptation,” she said.

The minister said that Nigeria would have a pavilion to primarily showcase the climate action and green efforts at the COP26.

She said that the showcase would attract investors, engage and learn especially on innovative ways to meet up with the international standards towards the moving a low emission economic development pathway.

She said that Nigeria was more a gas than an oil country, adding the the government had requested consideration for financing projects using transition fuels, such as gas.

“We do have energy challenges for which we believe gas can be used to balance a renewable energy-based system, be it wind or sun.

“This will enable us launch the long-term renewable energy infrastructure procurements and investments needed to have a sustainable energy supply.”

The minister said that a 2050 Long-Term Vision for Nigeria (LTV-2050) had been developed, adding that the country was expecting the Vision to lay a solid foundation.

She added that the foundation would help to pursue a low carbon-economy and climate-resilient society with knowledge-driven economy which was globally competitive and compliant with Africa’s Agenda 2063.

“We also expect this vision to move us towards having net-zero emissions in the second half of the century across all sectors of development in a gender-responsive manner.

“We agree that Net Zero ambition can lead to economic transformation across all sectors.”

She said that Nigeria would be taking a revised National Policy on Climate Change (NPCC) approved in June 2021 to COP26.

She said that the NPCC would enable Nigeria to implement mitigation measures and also strengthen adaptation towards a sustainable climate resilient development pathway in the country.

Ikeazor explained that every year countries that have signatories to the UN Framework Convention on Climate Change (UNFCCC) meet to discuss how to address the climate.

She said that the meeting was done at the  Conference of the Parties (COP).

“The COP is hosted by different countries each year.

“The conferences are attended by world leaders, ministers, and negotiators but also by representatives from civil society, business, international organisations, and the media.

“This COP 26 is a unique one. It was to be held in November of 2020 but was postponed for one year due to the outbreak of the COVID-19 pandemic.

“It is hosted by the UK in partnership with Italy. It is scheduled to take place from October 31 to November 12, 2021.

“The Prime Minister of the United Kingdom of Britain and Northern Ireland, His Excellency Boris Johnson has invited Heads of States and Government to participate in the World Leaders Summit (WSL) and High Level segment scheduled for Nov. 1, and 2, 2021.

“During which the world leaders will have the opportunity to make national statements.

“President Muhammadu Buhari will be attending the WLS and will read Nigeria’s statement at the event.

“Mr President is to attend alongside a high-powered delegation consisting of some State Governors, Ministers and other select government functionaries.

“COP26 is a critical summit for global climate action. COP26 is important as critical issues that affects the way we earn, live and even eat will be discussed and decisions taken.

“So, we need to be there to negotiate and try to influence these decisions as they will positively affect our country and people even as we join in the global efforts to keep the temperatures down.

“The overarching aim for the Glasgow summit is to ‘keep 1.5 degrees alive,” she said.

Ikeazor said that the UNFCCC negotiations provide a forum through which all parties openly communicate their interests and challenges on climate change issues and then reach consensuses on how to move forward.

She added that a country party delegation consists of one or more officials empowered to represent and negotiate on behalf of their government.

She said, based on the tradition of the UN, Parties are organised into five regional groups, mainly for the purposes of electing the bureau, such as African States.

“Developing country Parties generally work through the Group of 77 to establish common negotiating positions through the African Group of Negotiators, which Nigeria belongs to,” she said. 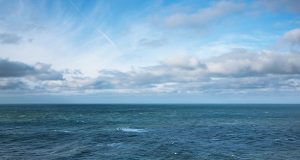 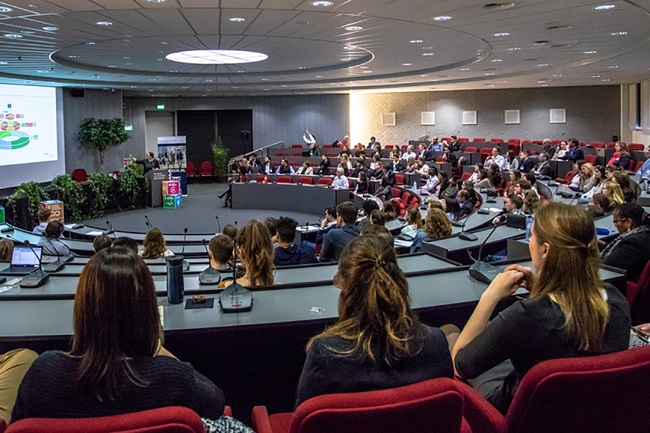