The Federal Government should make the Abuja Master Plan public to end the misery and anguish of private sector and individual developers.

Mr China Emeka, a housing expert, made the declaration in Abuja on Tuesday, April 13, 2021.

Emeka said the current system in which the Plan is shrouded in secrecy has contributed to the somersaults in its execution.

He decried the situation where the Master Plan had been the exclusive preserve of successive administrators of the Federal Capital Territory.

“An incumbent Administrator at the Federal Housing Authority approves the erection of structures in a particular area as being in compliance with the Master Plan.

“As soon as another Administrator succeeds the officer, he or she declares the approval as not being in consonance with the Master Plan and orders demolition of the structures.

“This is regrettably causing a lot of problems and losses to developers who are punished for not following a Master Plan to which they were not privy,’’ Emeka said.

“All individuals, public and private investors should have free access to a copy of that Master Plan.

“It should be available for sale just like newspapers and nobody under any circumstances should be allowed to build outside the Master Plan.

“That way, when everyone is aware of the demands of the Master Plan, following it becomes easier and violating it becomes an offence,’’ Emeka added.

He noted that rate of adherence to the Master Plan in the city centre could be put at 80 per cent, while it could not be higher that 20 per cent in the satellite towns.

“I will attribute the low implementation to the secrecy and exclusivity of the Master Plan and low administrative strength in implementation,’’ he said.

The housing expert said prospective house owners would continue to encounter problems unless the Master Plan became public knowledge and accessible to all.

“The Abuja Master Plan must be all-inclusive of the Area Councils and all the land mass planned, gazetted and made public to all stakeholders,’’ he added.

The real estate strategist also recommended that all cities, layouts, area councils and upcoming settlements should be deliberately planned and designed.

He added that this should be done in a detailed document that would guide the public and such documents should be made public.

“This way, we will be creating better planned, deliberate cities,’’ he stressed.

There had been public outcries in recent times over distortion of the original Abuja Master Plan.

The most recent was by Adkan Residents Association in Gwarinpa, an estate within the city (said to be the largest single housing estate in Africa).

They accused the Federal Housing Authority of selling off some parts of the estate meant for recreational purposes.

The Authority countered the claim by dissociating itself from such sale, and said all its projects were executed according to the same Master Plan which is allegedly kept away from the public as a secret document.

Group tasks govt, others on efforts to tackle environmental challenges 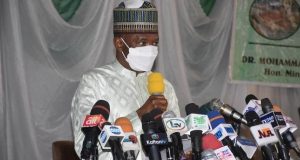 The Federal Government has explained why it asked all states administering the COVID-19 vaccine to ...