Oil-producing communities in Bayelsa State have asked the Federal Government, Shell Petroleum Development Company (SPDC) and its Joint Ventures (JV), to disregard the purported 21-day ultimatum from a group in the area.

The communities included stakeholders from the OML 79 host communities in Ekeremor and Southern Ijaw Local Government Areas of the state.

Operating under the aegis of Concerned Citizens of Kou, Iduwini, Bassan West and Mein Clan SPDC EA Communities, the group made the request in a statement issued in Yenagoa, the state capital, by their spokesman, Chief Paul Oweipade.

In the statement released on Thursday, August 6, 2020, the group urged the federal government and oil companies to continue with their operations.

It stated that the SPDC had discharged it’s obligation and corporate social responsibility (CSR), in line with the General Memorandum of Understanding (GMoU), guiding the OML 79 operations.

It stated, “We categorically wish to urge SPDC and JV to disregard the purported 21 days ultimatum.

“They have fulfilled their CSR for the communities regarding the ongoing OML 79 Further Oil Development (FOD), projects in our domain.”

The group regretted that while SPDC had acquitted itself in implementing the CSR under community content, some communities allegedly traded off the contracts meant for indigenes to non-indigenous contractors.

“For the avoidance of doubt, SPDC and her JV have in her CT Agreement implemented the following contracts, 10 vessels supply contracts, Automative Gas Oil, AGO supply, waste management and potable water supply, amongst others.

“It is also instructive to note that the EA operations started in 2001 and not 2006 as alleged.

“We wish to also state that the implementation of 15 per cent fund for women is solely the GMoU Cluster Development Board (CDB), affairs,” the group added.

It expressed disbelief that, after praising the oil companies for accomplishing its CSR to the host communities in a recent meeting with them, a section of the communities threatened to disrupt oil operations in the area.

Previous: Vulture: An unsung hero of the environment
Next: More than 60 evacuated due to possible glacier collapse in Italy 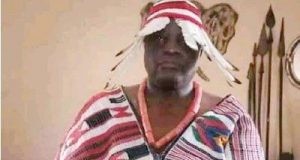