The Federal Government has inaugurated a National Action Plan on Gender and Climate Change (NAPGCC) to guide implementation of actions that mitigate climate change impacts on vulnerable groups including women.

The workshop was organised by the Women Environmental Programme (WEP) in collaboration with the Climate Change Department of the ministry.

Abubakar said that Nigeria developed its National Action Plan on Gender and Climate in 2020 and was approved by the Federal Executive Council that same year.

He said that the development was in recognition of the need for gender mainstreaming in the implementation of its Nationally Determined Contributions (NDCs).

He said that the main goal of the Action Plan was to ensure that national climate change processes in Nigeria mainstreamed gender considerations.

The minister said that the essence was to guarantee inclusivity of all demographics in the formulation and implementation of climate change initiatives, programmes and policies.

According to him, gender mainstreaming can play a key role in policy development that targets mitigation and adaptation of climate change by ensuring that a gender equality perspective is adopted.

ALSO READ:  How COVID-19 is affecting progress on gender equality

“Thus, when it comes to decision-making and implementation towards building resilient communities in the face of climate change, the full and meaningful participation of all groups become essential.

“In view of Nigeria’s intention to empower and respond to the needs of women in the context of climate change, this NAPGCC focuses on effective strategies.

“The strategies were made for integrating gender into the implementation of national climate change initiatives, including the Paris Agreement particularly the NDCs.

“The Action Plan presents milestones for ensuring that in building a climate-resilient Nigeria, the important and critical roles of women, youths and other vulnerable groups are carried along in the implementation of relevant national policies and strategies,’’ he said.

He, however, encouraged all participants at the workshop to make meaningful contributions that would lead to a successful outing in achieving a low carbon, cleaner and healthier environment.

Mrs Sharon Ikezor, the Environment Minister for State, said that the NAPGCC would serve as a guide in mainstreaming gender in addressing climate change action and challenges in the country.

Mrs Anne-Marie Abaagu, the Executive Director of WEP, said that the aim of the workshop was to effectively improve on the implementation of the action plan.

Abaagu appreciated the ministry, British High Commission, European Union and Both ENDS for their immense support in making sure that the programme was successful.

Delivering a goodwill message, Sean Melbourne, Head of Climate Change and Energy, West Africa, British High Commission, appreciated the fact that Nigeria is one of the countries that has submitted a National Action Plan on Gender and Climate Change to the UNFCCC.

According to him, women can – and do – play a critical role in response to climate change as reservoirs of local knowledge, educators, advocates and leaders.

He said: “I firmly believe that increased women participation in leadership on climate and broader environmental issues will result in more action and cooperation, and a more effective response to climate change. On the contrary, if policies or projects are implemented without women’s meaningful participation, existing inequalities will increase and less will be achieved.

“Through our Presidency of COP26, the UK Government will deliver on the Gender Action Plan agreed by all countries at the last COP. We will use our Presidency platform to encourage all countries to implement it – which is why I’m so pleased to see Nigeria already leading the way.

“For us, this means committing to integrating gender equality and inclusion into climate action, and enabling women, girls and marginalised peoples to be a critical part of the fight.

“The UK has supported women’s empowerment in Nigeria through projects in the clean energy, agriculture, and recycling sectors; on nature-based solutions and Adaptation and Resilience.

“We also see gender as a key part of our work on climate finance, because climate finance can only be effective if it gets to the people who need it most.

“I am grateful for this opportunity to address you today. I look forward to positive outcomes from this event and the success of the National Action Plan on Gender and Climate Change for Nigeria.” 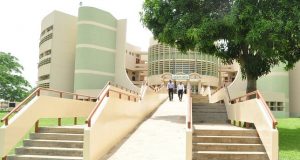 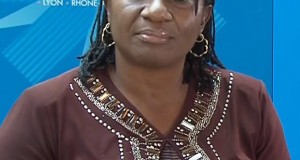