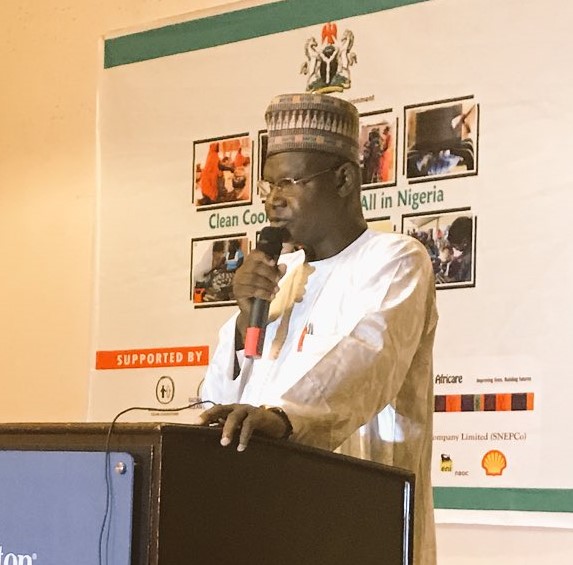 Buhari, while presenting the 2018 Budget Proposal, said: “I am pleased to inform this distinguished assembly that the Federal Government will be launching the first African Sovereign Green Bond in December 2017.

“The bond will be used to finance renewable energy projects. We are very excited about this development, as it will go a long way in solving many of our energy challenges, especially in the hinterland.’’

As a follow-up, the Debt Management Office (DMO) and the Federal Ministry of Environment, in collaboration with Green Bond Advisory Group, on Dec. 14 organised Nigeria Green Bond Investors Forum in Abuja and Lagos.

Stakeholders that participated in the forum include Pension Funds Administrators (PFAs), the Federal Ministry of Finance, the Inter-ministerial Committee on Climate Change and the Nigerian Stock Exchange (NSE).

Others are DMO, Central Bank of Nigeria (CBN), Securities and Exchange Commission (SEC), the World Bank and Chapel Hill Denham Group as well as representatives of private sector organisations.

The Director-General of DMO, Ms. Patience Oniha, said that the forum was organised to educate prospective investors in the Green Bond programme to know the benefits of investing in green bond projects.

The director-general said the Federal Government acted to borrow the N10.6 billion, in line with its borrowing agenda contained in the 2017 budget.

According to her, more funds would be allocated to finance green bond projects in the subsequent budgets.

Oniha said that the bonds would be used to finance three renewable energy projects, which were Renewable Energy Micro-Utilities Programme, Re-energising Education Programme and Afforestation Programme.

She said that the ministry decided to issue the green bonds as an alternative source of funding because of the huge capital outlay which was required to finance the nation’s renewable energy projects.

She noted that the Green Bond programme would boost the nation’s economy and protect the environment.

Besides, Bwari said that the ministry had inaugurated five low-carbon growth projects.

She listed the projects as the Rural Energy Access, the Great Green Wall Programme, the National Clean Stoves Scheme, the Clean Energy Transportation Scheme and the Nigerian Erosion and Watershed Management Project.

She said that the projects would go a long way to reduce carbon emissions in Nigeria, while facilitating the country’s efforts to meet its commitments in the Paris Agreement on Climate Change.

The Minister of State for Environment, Alhaji Ibrahim Jibril, while speaking at the 2017 Nigeria Clean Cooking Forum in Abuja, solicited the partnership to develop domestic market for made-in-Nigeria clean cook stoves.

The minister, who underscored the need to develop and expand the market, emphasised that the government and the private sector ought to work together in growing the market for made-in-Nigeria clean cook stoves.

According to him, clean cooking techniques constitute a priority area in efforts to achieve the goals of Nigeria’s Nationally Determined Contributions (NDCs), which aims at reducing carbon emissions in the country.

“It also aims to reduce the emission of greenhouse gases; clean cooking energy for all is not only possible but a right for our citizens,’’ he said.

The President of the Senate, Dr Bukola Saraki, stressed the need to step up activities and actions that were fundamentally aimed at ensuring increased use of clean energy by households across the country.

He said that the citizens’ consumption of over 500 million kilogrammes of firewood every day was an enormous strain on the nation’s forest resources.

According to him, more than 50 per cent of these fatalities are children and women.

The Senate president, who underscored the need to increase the usage of clean cooking stoves by households, said that the stoves would save lives and help to create additional jobs for people in the country.

A stove manufacturer, Mr Biodun Olaore, who is the Country Director, Envirofit Nigeria, urged the government to create public awareness on the menace of indoor air pollution and deforestation to enable Nigerians to embrace the clean cooking technology.

Olaore said: “Governments should play a vital role in creating the required awareness about the hazards of indoor air pollution and deforestation.

“This will help people to actually embrace this cooking technology and they can actually see the benefit, which ultimately translates to a better environment for all.’’

He said that his company embarked on the manufacture of efficient, clean cooking stoves so as to encourage the people to engage in air pollution-free activities, adding that the stoves, which produced less smoke and cooked faster, were cost-effective.

“We manufacture the stoves to support government’s policies and efforts to reduce carbon emissions and effects of greenhouse gases.

“This technology is actually out there to reduce the consumption of fuel wood and carbon emissions, while preventing the hazards associated with cooking with biomass fuel,’’ he said.

Olaore, who said that the government had yet to subsidise the stove production, said that the stove was affordable and cost-effective, taking into cognisance the high cost of cooking fuel nowadays.

The country director said that the price of one unit of the stoves ranged between N5,500 and N15,000, depending on the fuel that was suitable for that particular stove.

“We produce these stoves to help people to live better lives; this technology is actually out there to improve the life of the common man in Nigeria,’’ he said.

However, Mr Richard Inyamkume, the Senior Programme Officer, Climate Change Mitigation and Adaptation Initiative (CCMAI), urged the government to support low carbon growth initiatives that were executed by relevant stakeholders in the country.

He said it was imperative for government at all levels to support the low carbon growth initiatives because of their attendant benefits to the people and the environment.

“Presently, a huge number of Nigeria’s population is dependent on dirty cooking modes such as firewood and charcoal.

“While this contributes to global warming through carbon emissions, it also poses health risks to the users.

“Governments need to focus on investing in the area of clean cooking options for Nigerians, especially the citizens in the rural communities,’’ he said.

As parts of efforts to lay solid foundation for the evolution of a low carbon society, Inyamkume urged the government to mainstream climate change issues into federal, state and local government budgetary proposals.

He said that the government at all levels needed to give priority to investments in low carbon projects, particularly in the areas of cooking modes, transportation modes and clean energy options.

“To this end, private sector investments should be encouraged for the production and distribution of clean cooking technologies, low carbon travel options, such as bicycles, hybrid cars, tricycles, and other low- or zero-carbon emitting energy options.

“Nigeria has a huge economic potential as well as brilliant climatic and environmental future which cannot be left to be ravaged by the adverse impacts of climate change,’’ he said.

Inyamkume also urged the government and other relevant stakeholders to implement existing policies and strategies to achieve low carbon growth in the country.

He said that the federal, state and local governments as well as the citizens should make concerted efforts to achieve green, healthy and sustainable environment that supports food and livestock production, as well as clean energy production.