The Technical Adviser, All Farmers Association of Nigeria (AFAN), Dr. Tunde Arosanyin, has called for proper implementation of the rural development policies in Nigeria to set agenda for the future. 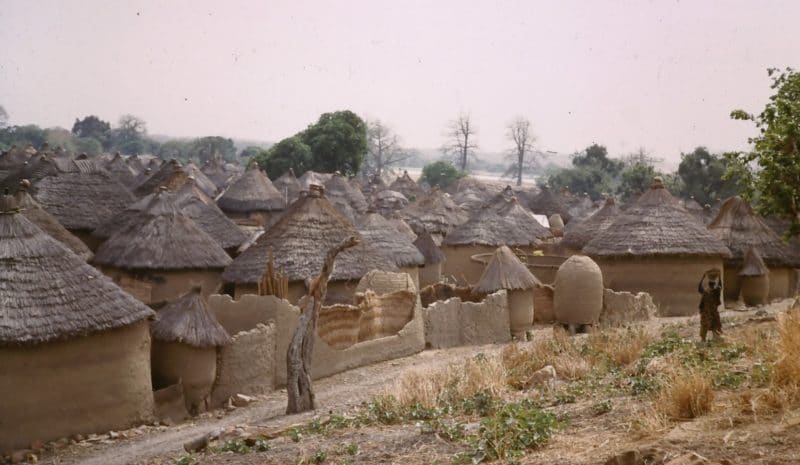 A rural settlement in Nigeria

Arosonyin, an agriculturist, said in an interview with News Agency of Nigeria (NAN) on Monday, June 11, 2018 in Abuja that except rural development is given the attention it deserves, the goals of achieving accelerated national development at the grassroots level would remain a mirage.

Developing rural areas, according to him, has become imperative to reposition the agricultural sector to meet the emerging challenges of the 21st century.

The agriculturist said that if the government can pool resources to engender the required synergy, then there would be significant difference.

“The infrastructures are in a bad state and that’s why most of the produce always end up at the farm gate, making it difficult for farmers to get dividend for their produce,’’ he said.

Arosonyin, who is also the National Coordinator of Zero Hunger Commodities, said rural development has become imperative because more than 79 percent of farmers feeding the nation live in the rural areas and they have no access to basic infrastructure.

He said it is unfortunate that rural development aimed at actualising the dream of improving the people’s socio-economic welfare has remained at the policy level.

Arosonyin lamented that most of rural areas in the country, have been unable to pass the basic indices of modern development in terms of rural development, especially regarding industrial and health facilities, standard and qualitative system of education and other social services.

“The need to boost agriculture in rural areas is very essential considering the ever rising population of the country,’’ he said.

He, however, said that even though the Federal Government through the Ministry of Agriculture and Rural Development has come up with a model of the input index for farmers, a lot still need to be done to improve the lives of farmers and productivity.

Arosonyin advised government to review the principles of the National Policy on Integrated Rural Development for proper implementation to lay a solid foundation for national development.

He said a World Bank report indicated that Nigeria’s rural sector with abundance of human and natural resources accommodates 49.7 percent of the nation’s population.

Arosonyin, however, said that yet, the rural communities are lacking in infrastructural facilities such as roads, potable water supply and sanitation, energy, communication, health, education facilities among others.

“It is estimated that 85 percent of the extremely poor in Nigeria currently live in rural areas.

“Nevertheless, the rural sector is predominantly agriculture-based which include livestock, forestry and fisheries and employed 75 percent of the labour force and contributes about 40 per cent of the GDP,’’ he said.

Arosonyin also called on the government to improve the cooperative ties of the farmers to enable them to be independent.

The agriculturist said: “A lot of studies have shown that the prospect of farmers in agricultural cooperatives group are enormous and opens purchasing power for them.

“Agricultural cooperatives are considered as one of the important economic and social organisation in rural communities.’’

He noted that the agricultural sector in Nigeria is faced with lots of challenges and that farmers no longer got remunerative prices for their efforts.