March 19, 2018 Comments Off on Government told to distance Nigeria from Ugandan position on ILO partnerships with tobacco industry 712 Views

The Environmental Rights Action/Friends of the Earth Nigeria (ERA/FoEN) has called on the Minister of Labour and Employment, Dr. Chris Ngige, and other delegates attending the meeting of the governing body of the International Labour Organisation (ILO) to support calls for the ILO to cut ties with Big Tobacco. 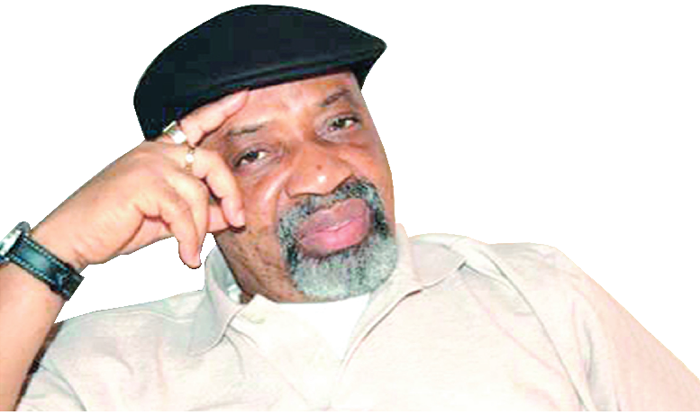 ERA/FoEN said that Nigeria has to declare its stand unequivocally in view of the Ugandan position last week that African bloc of nations still support that the agency continues its partnership with the Eliminating Child Labour in Tobacco Growing Foundation, a nonprofit funded by tobacco companies since 2002.

The environmental justice group, in a statement issued by Head, Media and Campaigns, Philip Jakpor, said the Ugandan position is not the true position of Africans, insisting that partnership with the tobacco industry by the ILO represents a conflict of interest in the United Nations (UN) system.

The call to the Nigerian delegation is coming as the governing body of the UN entity which met last week failed to come up with a unified position on shuttering one of the tobacco industry’s last-remaining avenues of interference in the UN. A vote is proposed this week.

Director-General of the UN, Michael Moller, issued a report three weeks ago calling on the ILO governing body to end its public-partnerships with Big Tobacco. Over 150 public health and labour leaders had also called on the ILO to cut ties with the industry and as the Secretariat of the World Health Organisation Framework Convention on Tobacco Control (WHO-FCTC) is demanding the ILO sever ties.

“Nigeria’s delegation and that of other countries currently under tobacco industry assault should distance themselves from the Ugandan position. ILO and Big Tobacco’s split is long past-due: The ILO must join other U.N. agencies in casting this deadly industry out for good,” said Akinbode Oluwafemi, deputy executive director of ERA/FoEN.

“Big Tobacco has no place in any U.N. space. This month, the ILO has the opportunity to stand on the right side of history and show Big Tobacco the door.”

To date, the ILO has received more than $15 million from tobacco corporations for joint programmes, including more than $10 million from Japan Tobacco International (JTI) for an effort to curb child labour in tobacco farming. The Director-General’s report finds, however, that the focused initiatives do little to curb child labour in tobacco fields because they do not shift the tobacco industry-driven cycle of poverty for tobacco farmers that forces children into the fields.

The tobacco industry commonly promotes programmes like these to boost its public image and maintain influence in policymaking spaces. In the same vein as JTI’s effort, Philip Morris International recently launched a Foundation for a Smoke-Free World, to which it will give nearly $1 billion over the next decade.

“Despite Big Tobacco’s abusive labour practices and its membership violating a core tenet of the Global Tobacco Treaty, its influence still runs deep in the ILO: In November 2017, the Governing Body failed to come to a decision on whether or not to end its private-public partnerships with tobacco corporations.

“In Nigeria just as in other African countries, the tobacco industry has been identified with monopolistic practices that have made farmers go the extra mile to meet their demands, including forcing their kids as young as five years of age to work 24/7 on tobacco farms.

Also, British America Tobacco Nigeria (BATN) is yet to wriggle from anti-labour practices leveled against it by some ex-workers, some of whom now have debilitating illnesses due to poor factory conditions and exposure to tobacco dust,” said Oluwafemi.