A medical researcher, Dr Bamidele Iwalokun, has urged government at all levels to provide and enforce compliance with enabling acts on water hygiene and sanitation to prevent water borne diseases in the country. 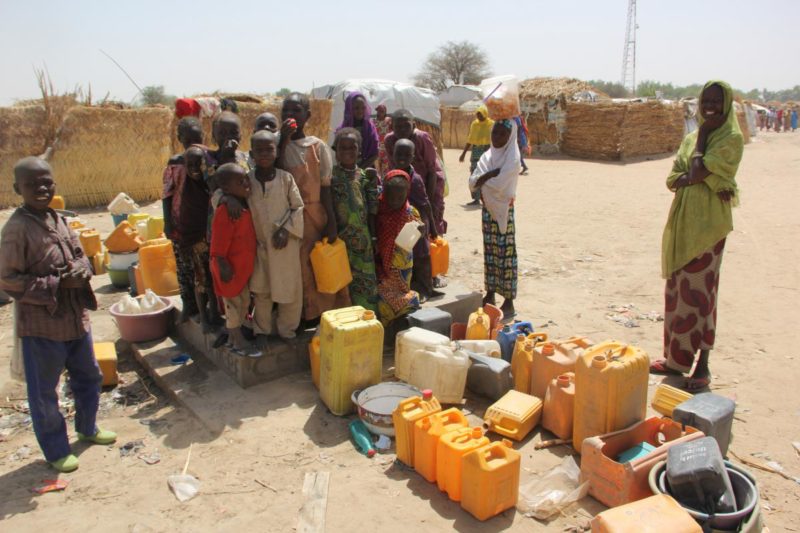 Iwalokun, who is also the Head, Immunology and Vaccinology Research Department, Nigerian Institute of Medical Research (NIMR), Yaba, made the call in an interview with the News Agency of Nigeria (NAN), on Wednesday, August 22, 2018 in Lagos.

He said the enforcement of water hygiene and sanitation laws would go a long way in protecting people living in residential areas whose wells and boreholes were close to cemeteries and latrines.

“Policy on assessment of the water quality of wells and boreholes should be enacted but not at prohibited fee.

“Water borne diseases are caused by germs such as bacteria, protozoans, viruses and worms,” Iwalokun said.

The expert said other causes of water borne disease were chemicals in water such as lead, arsenic, fluoride, nitrates and other dissolved solids.

He also said water borne diseases were in different categories such as cholera, typhoid fever, shigella dysentery, coli diarrhea, hepatitis A and E and schistosomiasis.

He said another category of the disease was lead poisoning, which was of great public health importance, especially in mining areas such was experienced in Zamfara in 2011.

“To be specific, according to the World Health Organisation (WHO) diarrhea and cholera kills 150,000 Nigerian children yearly.

“It occurs with a prevalence of 18.8 per cent and accounts for 16 per cent of total child death in the country.

“We should also know diarrhea and cholera are linked to malnutrition and about 30 per cent of Nigerian children are underweight and about 32 per cent are stunted.

ALSO READ:  My vision for AMCOW, by new head, Kanangire

“Also, schistosomiasis currently affects 26 million Nigerians. It causes passing of blood in the urine and damage to the bladder in both males and female children.

“The infection can affect between nine and 70 per cent of a Nigerian riverine or water irrigation project affiliated community,” said Iwalokun.

He said the two principal factors responsible for water borne diseases in Nigeria were lack of access to see water and poor sanitation.

“About 90 million Nigerians lack access to safe water, given our current population of 181 million, this translates to 50 per cent.

“Good sanitation coverage is also very low in Nigeria. It ranges from 15 to 80 per cent depending on the area.

“The major contaminants of our underground water now come from latrines built close to these boreholes, runoffs from landfill areas and well near cemeteries.

“Rapid urbanisation due to mass rural to urban migration to unplanned settlements in the cities called slums has added to water hygiene and sanitation problem in the country.

“In the slums, people defecate and urinate on open space or makeshift toilets and latrines uncontrollably which results to poor sanitation,” Iwalokun said.

He called on governments to provide less expensive water treatment technology to be used at homes for treatment of contaminated water.

“Water borne diseases can be prevented by provision of good technology, prevention and protection.

“Cholera vaccine and rotavirus vaccines are urgently needed in Nigeria to be able to control the yearly cholera and rotavirus diarrhea outbreaks in the country.

“Sites for clinical trials for these vaccines should be provided with efforts from all relevant agencies in the country.

“Hand washing as a hand hygiene should be promoted through awareness creation and provision of hand sanitisers in public toilet facilities in the country,” Iwalokun said.

By Oluwakemi Oladipo and Omowunmi Alake