Sunday 16th May 2021
Sunday, 16th of May 2021
Home / Renewable Energy / How government can motivate citizenry to conserve energy

How government can motivate citizenry to conserve energy

February 14, 2017 Comments Off on How government can motivate citizenry to conserve energy 796 Views

With an estimated 8.7% increase in world’s population by 2020 and continual rise in industrialisation especially in the developed nations, it is expected that there will be an increase in global energy production to meet our daily demands; yet some of the major sources of energy are perilous to the environment. 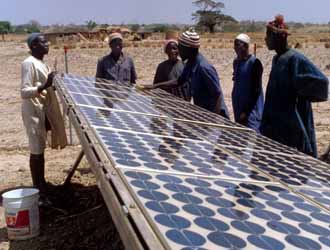 A solar panel being prepared for use. Renewable sources of energy are still quite expensive especially in developing countries. Photo credit: greenchipstocks.com

An annual CO2 emissions report published in 2015 by the International Energy Agency (IEA) shows there is a 40% increase in the concentration of CO2 in the atmosphere compared to the mid-1800s. Also, Robert Wilder and Daniel M. Kammen in an article explained how the continuous increase in CO2 emissions into the atmosphere can result in a rise in sea-level spurring inundation in residential areas. With the impressive endorsements of the Paris agreement in 2016, it is expected that every country should begin to work towards the reduction of greenhouse gasses (GHGs) and one of the ways it could become a reality is when people are motivated to adopt the culture of energy conservation.

The campaign for the adoption of energy conservation mechanisms has made many government agencies and private companies to seek renewable sources of energy, resulting in diminishing emissions despite rising GDP, showing decoupling of energy and economy in 2015. But renewable sources of energy are still quite expensive especially in the developing countries and, with a forecast of over 9.6% of the world’s population living in poverty; it proved unlikely to be accepted globally.

A large percentage of the world’s population is still ignorant about the risks and impacts of global warming, so creating awareness on energy conservation is a good start to motivate people. The government should be responsible for this since they have a well-established structure and can easily foster a partnership with non-profit organisations across the country that focus on environmental sustainability.

Creating energy conversation awareness programme can only be effective if they understand the core values of the target population.  Health and money are the most important core values scholars have highlighted to motivate people into conserving energy. Emily J. Gertz, an associate editor for environment and wildlife at TakePart, explained that people are less persuaded to conserve energy due to environmental risks such as ozone layer without personal benefits such as health/financial.

Lagos State in Nigeria, known as one of the most developing states with good business environment, initiated an energy conversation awareness programme in 2013 called “Conserve Energy, Save Money” monitored by the Ministry of Energy and Mineral Resources. Since there is a shortage of hydroelectricity supply in the state, most of the citizens use alternative sources of energy powered by fossil fuels to generate electricity in their homes and for their businesses.

The initiative focuses on encouraging the citizens to imbibe the culture of energy conservation while using money-saving strategy as the main benefit to motivate them. After the programme, there has been significant encouraging energy conservation in the state because the government knows most Lagosians are business-oriented people and will easily get motivated if they can link it with long-term cost reduction. This also motivates most of the private companies into conserving energy.

The government may wish to increase efforts in improving public transport links and begin to invest in biofuel or electricity-driven buses/trains. This will drive down per capita energy consumption (as transport is a huge contributor) and also reduce the number of petrol/diesel based vehicles on the road, hence greatly reduce emissions and ensure a benefit such as improved air quality and reduced congestion on highways.

Better energy efficiency methods should be adopted in public institutions and adherence to them should be mandatory. Likewise, better building regulations should be designed to improve the energy performance of new structures. For any new developer of the residential or commercial property, energy efficiency should be a criterion to determine ease of getting license/permission to construct. Inspections should follow up to ensure adherence to regulations. Design new connections to the existing grid that allows individuals to sell electricity. Someone with the private capital to build a small-scale solar plant should be able to sell their generated electricity. People will consume less electricity if their energy savings can serve as a source of income.

Energy-related CO2 emissions released during domestic activities such as cooking cause about four million deaths per year and over 500,000 are from childhood pneumonia. Yet about three billion people still cook their meals every day using wood fuels because cleaner fuels for cooking are not affordable for the low-income large population. The government can motivate the people by subsidising cleaner fuels such as LPG and biofuels; making them cheaper, put strict environmental laws to restrict cutting down of trees to produce wood fuels and encourage the citizens on the benefits of using cleaner fuels for cooking in their households.

In conclusion, since human beings are subjective in nature, they can only be motivated to conserve energy if it is relevant to their personal wellbeing and hence standard of living; and also if government provides an enabling environment to have easy access to products or infrastructures that lead to the lesser production of CO2 and other GHGs. 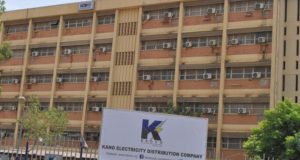 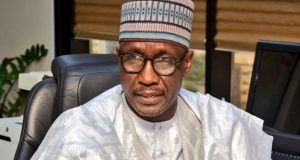