In the light of the recent UK government policy to end funding fossil fuel projects overseas, Dr. Godwin Uyi Ojo, Executive Director, Environmental Rights Action/Friends of the Earth Nigeria (ERA/FoEN), in this treatise examines the dynamics of the development as well as its implications

Against the backdrop of the quest for the fourth global revolution, it is highly gratifying that the United Kingdom recent policy announcement on ending financial support to fossil fuel projects overseas signals a new era of energy transition. The fourth revolution is a new vision for the global society that obtains 100 per cent of its energy from renewable sources, with democratised energy supply, and complete restructuring of the economy. This piece is a response to the wide consultation on the UK government policy to halt fossil fuel development abroad which came to a close this week.

This UK policy thrust is significant for three reasons. First, the policy is a contribution towards addressing the concerns of the Paris Agreement made since 2015 to reduce global warming to 1.5 degrees and well below 2 degrees to avoid catastrophic climate events. Secondly, it is seeking to halt fossil fuels development with all its attendant environmental degradation and human rights abuses, and thirdly, it also seeks to chart a new energy course that is based on renewable energy sources that are environmentally friendly.

Reversing the Impacts of fossil fuels on people and the environment

Fossil fuel development engenders environmental degradation and human rights violations. Fossil fuels are the major cause of anthropogenic GHG emissions and thus renewables are perceived to constitute an important option for mitigating and avoiding the emissions of GHGs. The African continent is home to five of the top 30 oil-producing countries in the world. Current data from IPCC indicates that carbon emissions from oil, gas, and coal in current global operating fields would lead to a development pathway well beyond 2.0 degrees warming.

In spite of this, about 77 billion dollars is committed to fossil fuel development overseas and in Africa, whereby Nigeria, Ghana, Togo and Uganda received 18 billion dollars since the Paris Agreement to reduce climate change was made in 2015. Indeed, current coal, oil and gas reserves will take the world beyond 2C of warming.

Given the high-level environmental degradation and human rights violations caused by oil transnational companies operations in Nigeria’s Niger Delta, this policy should be activated immediately to put an end to these inimical practices injurious to people and the environment. In effect, while many industrialised countries are advocating a switch to renewable energy at home, and committing to phasing out fossil fuel energy domestically, the reverse is the case as they continue to make huge investment overseas and compounding the environmental and human rights problems in the global South.

Nigeria, like others depending on monocrop economy is currently impacted by fossil fuel financing and stoppage will send a warning signal to the country to commit to energy transition from fossil fuels to renewable sources of energy. Clearly, Nigeria is already experiencing the negative economic effects of oil dependency with nose-diving oil prices and needs to gear up for a just transition to renewables.

The heavy reliance on fossil fuels to generate energy has contributed to a number of environmental and social problems at the local, regional and global levels including depletion of non-renewable resources, Ozone depletion, global warming, etc. This has hindered the region from developing its full potentials in natural resource with significant amount and variety of renewable energy resources including hydro, biomass, solar, wind and geothermal.

If the UK government is able to pull this off to end funding for overseas dirty energy projects covering oil and gas, bitumen, coal, and nuclear energy, the country should also end its investment in local development of fossil fuels. While UK adopts a strong domestic climate policy, it would be hypocritical at the same time to be committing billions of pounds to overseas fossil fuel projects that are detrimental to the environment and thereby hampering countries’ transitions to low-carbon economies.

In Nigeria as in the rest of Africa, oil and gas development impacts are severe on the environment and people. Oil and gas dependence also means the prevalence of weak environmental laws, extant laws lacking enforcement and the lack of political will to bring oil transnational companies to account. This has led to frequent oil spills and persistent gas flaring that have destroyed livelihoods, farming and fishing occupations leading to a systemic human rights violation, health impacts and cycle of violent conflicts.

Further, this energy transition initiative currently under consultation should be enabled and not frustrated by foreign support export credit agencies mechanisms such as United Kingdom Export Finance (UKEF). The policy should not allow the CDG group, a UK government development financial institution to use this policy as a loophole to continue funding fossil fuels, particularly in Africa.

Thus, the UK policy must also cover the entirety of the activities of these financial instruments because the current policy will likely allow them to continue business as usual by funding and investing in fossil fuels. If this loophole is not changed, the credibility of the whole policy will be undermined.

The UK government commitment on climate provides the leadership opportunity on climate action and to mobilize other countries to end all new government support for fossils fuels development both at home and abroad.

Therefore, the commitment should come on stream soon after the consultation, and in any event, prior to the CoP26 so that CoP26 Earth Summit slated for Scotland later in the year will provide the platform to rally other countries to raise their climate ambition.

The UK policy thrust is a clarion call to climate action and transition to low carbon economies. It is a new world economic impetus for a Just Energy Transition on a global scale that is in line with meeting the United Nations Sustainable Development Goal on energy access for all. Energy justice demands that developed countries like the UK should adopt the concept of equity and historical responsibility for stockpiling carbon in the atmosphere and therefore should lead in the process of energy access delivery for all especially in countries in Africa.

The stark reality of ending fossil fuel begs the question of what alternatives? Despite the huge energy resources, the African continent is still faced with enormous energy challenges that include low access to modern energy, insufficient energy infrastructure, low efficiency and lack of institutional capacity.

Energy insecurity is a stark problem in sub-Saharan Africa, which suffers the most debilitating energy poverty in the world. The UK policy actions on climate will significantly encourage an energy transition from dirty energy to more environmentally friendly alternative suitable for Africa with options in renewable energy such as solar technologies. This will foster an energy leap, which has a great potential in Africa where fossil infrastructure has not developed as in other parts of the world.

Given that fossil fuels will dominate modern energy supplies in the short-term to medium-term, there is need to give sufficient attention to advanced and cleaner technologies and strategies in order to reduce GHG emissions in Nigeria and worldwide.

Policy will help direct attention to renewable energy options. The energy future Africa wants is energy that is easily accessible, durable and supports healthy environment. The UK Government should encourage the development of a blueprint that will swiftly move the continent from crude and other non-renewable energy.

From the foregoing, host countries of would-be obsolete fossil fuel development are thereby encouraged to redirect attention toward a new economic model in renewable energy, the creation of green jobs, and reducing harm caused by fuel production and use. Therefore, global finance institutions and rich countries like the UK should urgently shift financial flows from fossil fuels to support poor countries in developing cleaner economic pathways and invest in plans and policies that build resilience and protect people from climate impacts.

In order to achieve the just energy transition in Africa, the World Bank, Africa Development Bank and other financial institutions such as UKEF, national governments must eliminate public finance, incentives in loans and subsidies promoting extractive activities in oil and gas prospecting. Instead, such divestment should translate to investment in renewable energy research, green technology, and the provision of loans, subsidies and zero tariffs for solar equipment and production. It is expedient for low income countries to focus attention on energy for domestic use as well as the industrial and transport sectors that are the biggest consumers of fossil fuels in Africa.

In conclusion, to avoid Energy Colonialism and ensure Just Transition, there is need for increasing energy ownership locally as part of the transition so that the new energy system do not benefit only rich countries. Nigeria should wake up to harness the abundance of solar energy to improve electricity and energy access to all.

Such policy development process like that of the UK should be participatory and designed to ensure the representation of historically marginalised voices, interests and issues in transition plans in ways that promote greater energy access and ownership.

Previous: Kenya launches $34.5m project to boost climate resilience in arid lands
Next: China collaborates with WHO to trace origin of coronavirus 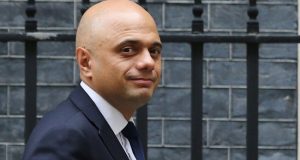 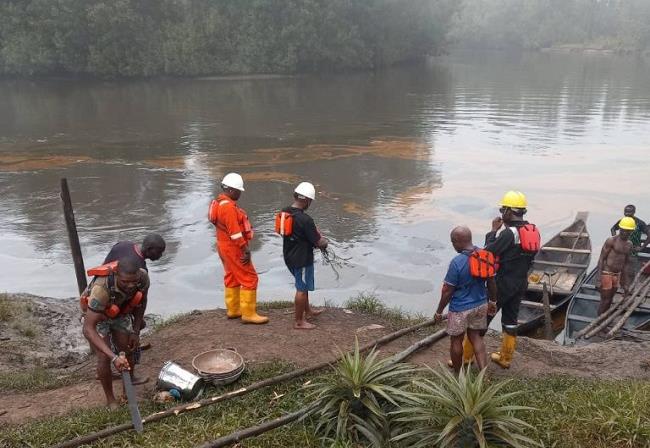 Some civil society organisations have bemoaned the denial of access to the Nembe oil spill ...