The Director General/CEO, National Biosafety Management Agency (NBMA), Dr Rufus Ebegba, has called for synergy with theFederal Capital Territory (FCT) police command on the enforcement and regulation of genetically-modified products in the country. 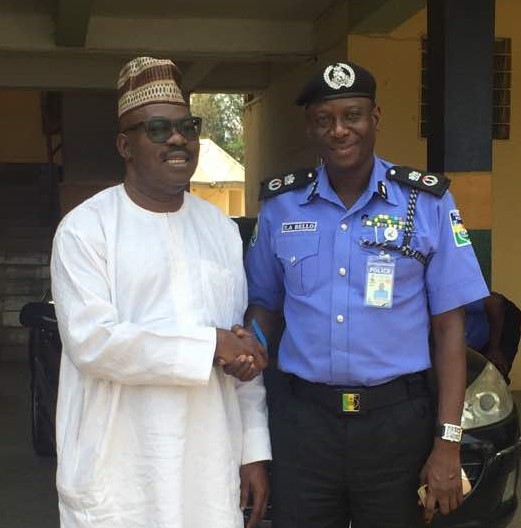 The NBMA boss, who made the submission when he paid a courtesy visit to the FCT Police Commissioner, Sadiq Abubakar Bello, in his office in Abuja on Wednesday, September 27, 2017, said the Police is key to the operations of the Agency in terms of enforcement.

“The Nigeria Police Force is always the first when we are looking at enforcement, this is because the law establishing the Agency says enforcement must be done in company of the Nigerian Police. The Agency is regulating a very critical sector hence the need for the police to synergise with the Agency,” he stated.

Dr Ebegba commended the FCT police command for its critical role in maintaining peace within and around the FCT, and assured that the Agency was ready to partner with the command in other to ensure the safety of Nigerians.

The Director General/CEO also used the opportunity of the visit to inform the Commissioner of the preparedness of NBMA to train men and officers of the Police on core activities of the Agency especially as it relates to enforcement.

Responding, the Police boss commended the effort of the Agency in ensuring that food and crops coming into the country and those produced within the country are safe for the people and the environment.

He noted that, with the existing corporation between the Command and the Agency, a lot would be done to ensure compliance to the mandate of NBMA, adding that he will ensure his men and officers work with the Agency to attain its mandate.