May 16, 2017 Comments Off on Global momentum building on peatlands research for climate change 1,100 Views

Peatlands have so far been underestimated in global climate change negotiations, but this is starting to change. 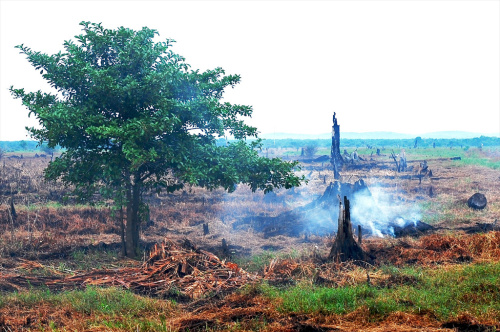 Discussions alongside the UNFCCC Bonn Climate Change Conference last week showed an increasing interest in the carbon dynamics of these critical landscapes, and their potential contribution to climate change mitigation and adaptation.

The Centre for International Forestry Research (CIFOR) and partners held a side event on Thursday, May 11 2017, titled “Re-discovering the magnificent carbon storage potential of wetlands and peatlands.” Co-hosted by the European Space Agency (ESA), Friedrich Schiller University Jena (FSU Jena) and Wageningen University & Research (WUR), the event highlighted the latest research on how to best manage, conserve, monitor and restore peatlands, and how they can be incorporated in climate change action.

Millions of people earn their livelihoods off peatlands, but unsustainable practices are threatening the integrity of these ecosystems, and could accelerate global climate change. Drainage, burning and conversion of peatlands for agriculture and other purposes is a major source of greenhouse gas emissions. There is an urgent need to develop low-impact agricultural practices that can sustain both peat and people.

Rich in organic matter, peatlands also hold enormous potential to counter climate change. Covering only 3-5% of the Earth’s surface, peatlands are estimated to hold more than 30% of world’s carbon stocks, in far denser quantities than aboveground stocks such as forests. Disturbing these ecosystems causes a massive release of greenhouse gases, while conserving them keeps rich carbon stocks in the ground, with implications for carbon accounting.

“Some countries have already included peatlands in their Nationally Determined Contributions (NDCs) under the UNFCCC, but some have not, because they do not yet understand the vital role of this particular ecosystem,” says CIFOR Principal Scientist Daniel Murdiyarso, the moderator of the side event.

“In the next round of NDCs, I think it’s important to consider including peatlands,” he says.

The connections between climate, peat and people will be further explored at the Global Landscapes Forum: Peatlands Matter event in Jakarta, Indonesia, on Thursday, May 18, led by CIFOR in coordination with UN Environment and the World Bank.