Global groups call for right to a healthy planet

July 23, 2020 Comments Off on Global groups call for right to a healthy planet 787 Views

Over 100 civil society organisations from around the world have called on the United Nations to add a new article to the Universal Declaration of Human Rights – enshrining a universal right to a healthy natural environment. If successful, this amendment would be the first addition to the declaration since it came to life in 1948.

The #1Planet1Right campaign is dedicated to establishing the new human right and is led by BirdLife International. Joining them are Nigerian Conservation Foundation (NCF) and other civil society organisations such as ClientEarth and the Global Pact for Environment.

Dr David R. Boyd, UN Special Rapporteur on human rights and the environment, has also endorsed the campaign. #1Planet1Right sent a letter to António Guterres, Secretary General of the United Nations, on Earth Day officially making the request for a new human right, and will now continue putting pressure on the UN by launching a global petition.

According to the World Health Organisation (WHO), 23% of global deaths are linked to the damage and destruction of our natural environment, while hundreds of millions of people suffer from illnesses related to unhealthy and unnatural environment.

Climate change directly results in more frequent and intense storms, droughts, wildfires and rising sea levels, which in turn threaten the lives of billions of people, say scientists, adding that the COVID-19 pandemic has its roots in habitat loss and illegal wildlife trade.

This new human right, they believe, can help ensure that the global green recovery the world needs to rebuild society following the pandemic takes both the biodiversity and the climate emergencies into account.

Dr. Boyd says: “The right to a healthy planet, as a universally recognised human right, would be a powerful addition to the toolkit for saving the planet. The right to a healthy environment already provides the foundation for much of the progress we are seeing in different nations around the globe.

“What we need to do now is seize this moment of global eco-crisis to secure United Nations recognition of this right so that everyone, everywhere benefits. The human right to a healthy planet, if recognised by all nations, could be the most important human right of the 21st century.”

Patricia Zurita, CEO, BirdLife International, says: “Our planet’s health is our health. If our planet is sick, we become sick. And right now, our planet has never been more ill. The survival of humanity is already threatened by the climate and biodiversity crises, and this pandemic has pushed us one step closer to the brink.

“In order to transform, and save society, the starting point must be to ensure that every person has the same baseline – guaranteeing everyone the right to a healthy planet.”

Dr. Muhtari Aminu-Kano of the NCF: “Humans are completely dependent on healthy and vibrant ecosystems for their health, water, food, medicines, clothes, fuel, shelter, energy and many more. The environment demand more attention from us now, government; corporate organisation and individual should arise and do something to protect it from absolute collapse. We all need a healthy planet.”

Previous: Video: How we can avoid a climate change crisis, by Okereke
Next: More than 10,000 African health workers infected with COVID-19 – WHO 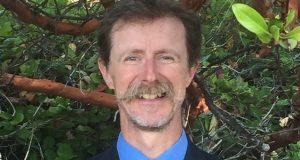 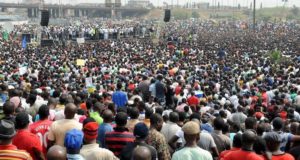 The global spread of COVID-19 has a devastating effect on human rights as it fuels ...