Is it the end of an era for coal?

Production of the fossil fuel dropped by a record amount in 2016, according to BP Plc’s annual review of global energy trends. China, the world’s biggest energy consumer, burned the least coal in six years and use dropped in the U.S to a level last seen in the 1970s, the company’s data show. 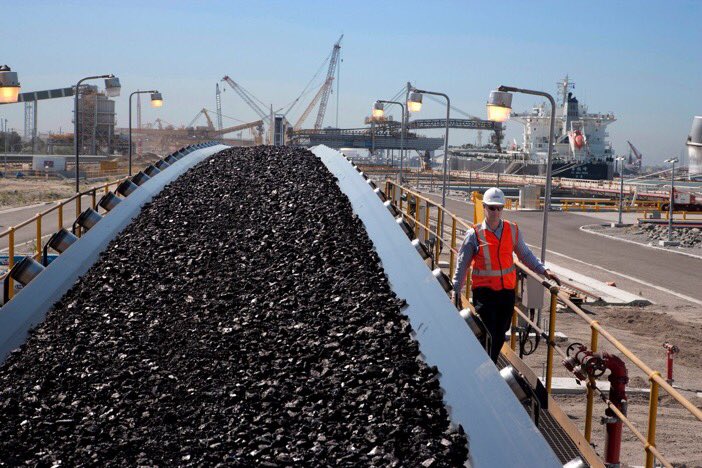 As global demand for and production of coal drops, U.S. President Donald Trump is seeking to revive the fossil fuel

Coal, the most polluting fuel that was once the world’s fastest growing energy source, has been a target of countries and companies alike as the world begins to work toward the goals of the Paris climate agreement. Consumption is falling as the world’s biggest energy companies promote cleaner-burning natural gas, China’s economy evolves to focus more on services than heavy manufacturing and renewable energy like wind and solar becomes cheaper.

“The fortunes of coal appear to have taken a decisive break from the past,” BP’s Chief Economist Spencer Dale said at a briefing in London on Tuesday, June 13, 2017. The most important outcome of this “is carbon emissions, which saw little or no growth for a third consecutive year.”

The shift away from coal in most of the world’s major economies comes as U.S. President Donald Trump is seeking to revive the fuel, having promised during his election campaign to restore lost jobs in mining areas such as West Virginia. Coal’s decline has been driven largely by competition from cheap shale gas, prompting skepticism that the country’s withdrawal from the Paris climate agreement will do much to halt the slide.

“At the heart of this shift are structural, long-term factors,” Dale said. These include “the increasing availability and competitiveness of natural gas and renewable energy, combined with mounting government and societal pressure to shift away from coal towards cleaner, lower-carbon fuels.”

In Asia, China’s decline was partially offset by higher consumption in India and Indonesia, where the fuel is still so cheap and readily available that utilities prefer it over natural gas for electricity generation.

“Chinese hunger for energy is being tempered by moves to a more sustainable growth pathway and the rapid expansion of renewables, which spells even further trouble for coal in the years to come,” Jonathan Marshall, an analyst at the London-based Energy and Climate Intelligence Unit, said by email.

Global carbon emissions, which grew at an annual average rate of about 2.5 percent in the 10 years to 2013, remained stagnant in the past three years, Dale said. While some of this reflects weaker economic growth, the majority reflects faster declines in “the average amount of carbon emitted per unit of GDP,” he said.

Still, there needs to be a “significant fall” in emissions in order to meet the Paris climate goals, Dale said.

The world consumed 1.6 percent more oil last year, with India’s use expanding 7.8 percent, or 325,000 barrels a day, and China’s 3.3 percent, according to the data. Demand from the Organisation for Economic Cooperation and Development, a group of industrialised nations, grew 0.9 percent in 2016, compared with an average annual decline of 0.9 percent over the previous decade.