May 22, 2017 Comments Off on Ghanaian public-private partnership turns waste to asset 1,195 Views

At long last, Metropolitan, Municipal and District Assemblies (MMDAs) have now been provided with a model to deal with the nagging issue of properly managing liquid and solid waste. The model processes faecal sludge (including human faeces), food waste and sawdust into compost manure, thereby redeeming what has now become a nationwide menace into a national asset. 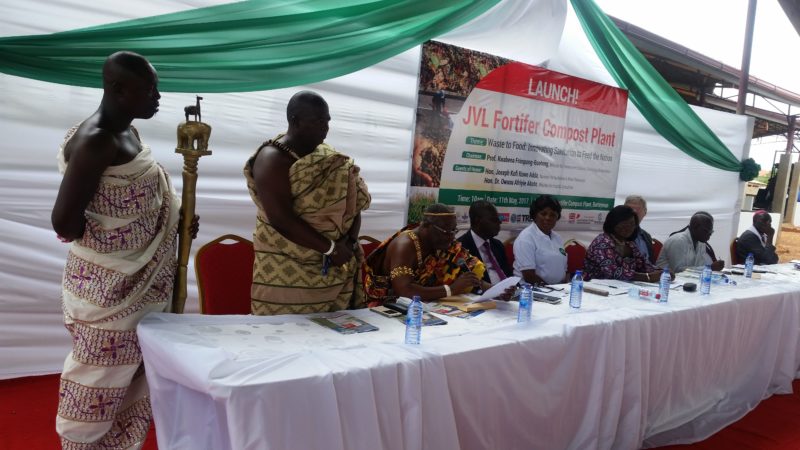 This has been demonstrated by the establishment of a compost plant to produce and supply organic fertiliser known as Fortifer to local farmers to enhance crop yields.

Fortifier is a pathogen-free, faecal sludge organic based fertiliser. In other words, all poisonous substances in Fortifier have been destroyed, making the product toxic free, so it cannot pollute food crops or contaminate water bodies or the soil and therefore has no human-related, health-associated risks, according to the expects working on the project.

Named “JVL Fortifer Compost Plant,” it is aimed at boosting the country’s liquid and solid waste management efforts, by addressing the problem of dumping or dislodging of liquid waste in water bodies and open drains, and at inappropriate open places that pose public health risks, and affect the quality of freshwater resources.

Located at Borteyman near Nungua Farms in Accra, the construction and operationalisation of the plant is the result of a Public Private Partnership (PPP) involving the International Water Management Institute (IWMI), Tema Metropolitan Assembly (TMA), Jekora Ventures Limited and Trends, a WASH related NGO. It is funded by Bill and Miranda Gates Foundation, Grand Challenges Canada and DFID.

It was inaugurated on the site on Thursday, May 11th, 2017, at a ceremony during which, Minister of Sanitation and Water Resources, Joseph Kofi Adda, stated that “addressing the sanitation challenge of the country is a priority of the Akufo-Addo government.” He said his Ministry was revising the Environmental Sanitation Policy to make it more responsive to the needs of the people.

Mr. Adda also announced that “plans are underway, to establish a National Sanitation Authority (NSA) that will be devoted to managing the sanitation functions of the country.” He explained that this body, will have a Director General at the national level, with representatives at the regional and district levels. They will work with the District management team, particularly the Chief Executives, “to ensure that we are able to focus on this job and manage it more effectively.”

The “Sanitation Minister,” as he refers to himself, indicated that a Bill is being developed on the setting up of the proposed NSA, to be presented to Parliament.

The Director-General of IWMI, Jeremy Bird, said the inauguration of the plant was an innovation that will help Ghana and other developing nations. “This is a culmination of so many years of research to come up with innovative ways of addressing waste management problems… it shows promise not only for Ghana, but other countries like India and Sri Lanka.”

Mr. Bird traced the genesis of the debate on the construction of this waste converter system, to 10 years ago in Kumasi. This was at one of the forums, during which scientists, engineers, water and sanitation experts brainstormed on means to redeem liquid and solid waste from being a menace into a valuable asset in Ghana.

He said, “The idea is a follow-up to where water, sanitation and hygiene (WASH) efforts ends, to ensure that the product of WASH, which is seen as waste, does not end there, but is rechanneled into the economy.”

Mr. Bird mentioned some of the benefits as checking health risks, reducing emission of carbon dioxide and other poisonous gases into the atmosphere, and providing organic fertiliser for farmers. He said this process, which research has brought so far, should be carried forward and will require the buy-in of stakeholders, particularly Assemblies and the private sector, as it provides business opportunities.

The Managing Director of Jekora Ventures Limited, Immanuel Nartey-Tokoli, said the Plant has the capacity to produce 500 metric tonnes of fortifier per annum. He explained that “production cycles are designed to meet the needs of both small and medium scale farmers, for the major and minor farming seasons.”

Farmers within the catchment area of part of the Greater Accra region are currently benefiting from the products at subsidised prices. Plans are underway to partner other assemblies for the production of fortifier.

Mr. Nartey-Tokoli was hopeful that through their hard work, Fortifier Compost will become a viable business venture that will attract commercial banks to support with flexible credit facilities in the near future for upscaling.

Ms Josiane Nikiema, a Scientist at IWMI re-echoed that “the waste recycling business is a viable business venture, and this fact must help drive investments in that direction.”

“Pilot trials suggest that the waste recovery process can generate enough income to earn a profit. This should attract further public and private investments to help cover the costs of waste treatment, creating more benefits for society through reduced pollution,” she said.

The Director of Crop Services at the Ministry of Food and Agriculture, Mr Seth Osei Akoto, said the new product would enhance agriculture productivity in Ghana and help the country achieve food security.

He commended the partners for the initiative, and said, “The increasing demand for food provides an opportunity to explore innovative mechanisms to improve and sustain agriculture for food security and livelihoods enhancement.”

He said this is the reason for the launch of the “Planting for Food and Jobs Programme,” by the government, to ensure adequate availability of food in the country through improved productivity.”

For his part, the Nungua Mantse, Nii Odai Welentsi saw the Plant as an industry that has to be groomed by government to reduce unemployment, and noted, “there is no waste in this universe, it is either has a primary or secondary usage.”

The Chairperson for the function was the Deputy Minister of Environment, Science, Technology and Innovation, (MESTI), Mrs. Francisca Appeagyei. She pledged the support of her Ministry to document and publicise the lessons learnt from the initiative as “it is critical to the national attainment of the Sustainable Development Goals.

By Ama Kudom-Agyemang in Accra, Ghana 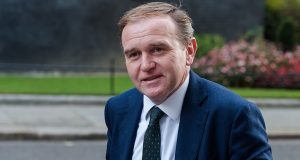 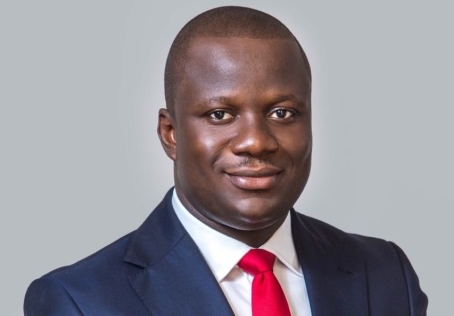